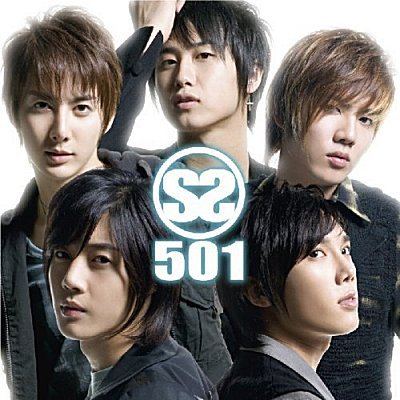 SS501 (pronounced as Double S Oh Gong Il in Korea) is a South Korean boyband under management of Daesung Entertainment, also known as DSP Entertainment. The name of the band is a combination of the alphabet and numbers that have special meanings in them. The first "S" stands for "Super". The second "S" is an abbreviation for "Star". The number 5, 0, and 1 means "five members united as one forever". Their official fan club is known as "Triple S"

SS501 debuted on June 8, 2005 with their first single "Kyeonggo" ("Warning"), with a second single "Snow Prince" released in late 2005. The group was inactive in Korea for most of 2006, although they had a fan meeting in Japan in April. The hiatus was due to Heo Young Saeng's throat condition which required surgery, thus resulting in a need for time to fully recover.[citation needed]. In mid-2006, they held their first concert, "Step Up Concert" in Osaka, Japan. In late 2006, they returned to Korea in order to promote their first full album, which was released on November 10 and titled S.T.01 Now. Singles from the album included "Unlock" and "Four Chance". As well as promoting the album on various variety and music shows, they also filmed a show on MNet called SOS. The group also lent their voices for the 2006 animated movie Pie Story.

Later in 2007, the group debuted in the Japanese market. A Japanese fan club has been established with the name of "Triple S Japan"; it officially debuted on March 25, 2007, when SS501 had their first official meeting with the group. The group released their Japanese single "Kokoro", alongside multiple versions, including one with all members and five others featuring the members individually. The single debuted at #5 on the Oricon chart, and move to #3 the next day. A full album was released later in the year.

In 2008, SS501 returned to Korea with their single Deja Vu released on March 8, 2008. The title track was the first song to be promoted, and they started their comeback on music channel M.Net's M Countdown. After success with their single "Deja Vu", they began to promote their second single, "A Song Calling For You". They performed their Goodbye Stage on Music Bank on June 6, 2008, to return to Japanese activities.

On October 2, 2008, an official announcement confirmed that leader Kim Hyun Joong was part of the cast for the Korean version of Hana Yori Dango, officially named Boys Over Flowers. It was broadcast on KBS in the first half of 2009, with a total of 25 episodes and a few special episodes.

With both Park Jung Min (Danny Park on the musical Grease) and Kim Hyun Joong on solo activities, the next SS501 album was pushed back to July 2009. As such, the other three members released a project album named U R Man in November 2008. The first single released was "U R Man". They also promoted their single for the Boys Over Flowers soundtrack, "Nae Meoriga Nabbaseo" ("Because I'm Stupid"). Due to the success of the drama, the song had a high number of downloads. 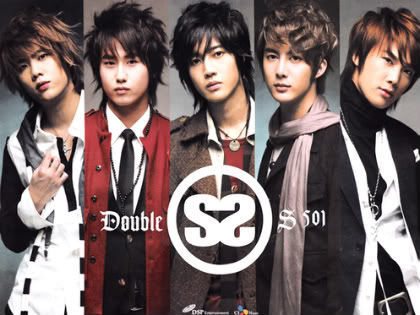 They released their official second Japanese album on May 13, 2009 titled All My Love and had a promotional tour in Japan in support of the album. The group also released their Solo Collection, consisting of the individual members' songs.

After concentrating on their individual activities, the group made a comeback and released their second mini album titled Rebirth, with the limited edition being released on October 20, 2009 and the normal edition on 22 October. The limited special edition album included two posters and a 100 page photo diary. Their comeback song "Love Like This" was well received, winning two Music Bank awards and one Inkigayo Mutizen in November. The group ended promotions for the album on November 29, 2009.

On August 1, 2009, the group started their first Asia tour, visiting Seoul, Tokyo, Taiwan, Shanghai and Hong Kong. The group will hold a concert in Thailand in February 2010, before holding another concert in Seoul (February 2010) to conclude the tour. They will have their comeback on 1 May 2010 (symbolizing 501) for a new album. It is still not confirmed whether it will be a mini album or a full album. One of the songs that will be included in the album is "CRAZY 4 U" which they sang at almost every Asia Persona Tour Concert. 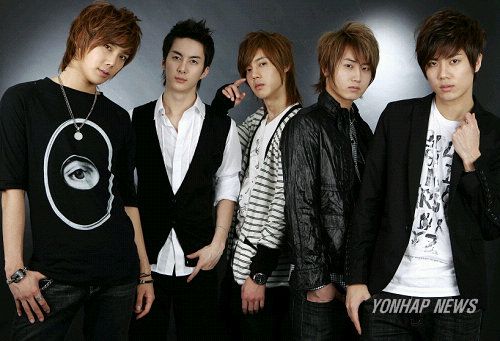 Men from Mars, Women from Venus


SS501 has had various reality shows and documentaries based on their personal and Idol lives.