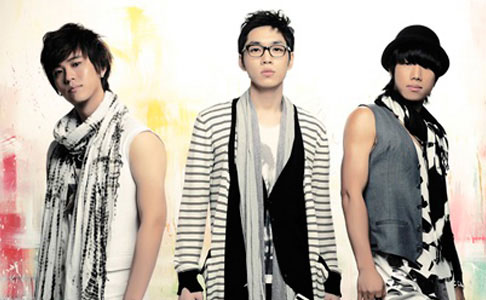 SG Wannabe (the SG representing Simon and Garfunkel) is a popular South Korean Ballad trio that debuted in 2004 with their song, "Timeless". The group quickly became popular and the song, along with the music video, was played on cellular phones all over Korea, and their album topped the charts. Unlike other groups, SG Wannabe decided to abstain from promoting their music initially, declining to appear on music shows or in their own videos; the group has stated that they wish their audience will care more about the music, rather than the appearance


SG Wannabe debuted in 2004 with their first album, SG Wanna Be+. It was produced by Lee Kyung Sub and Park Keun Tae and famous music producers in Korea. The title track's music video for the album attracted media attention, as it featured top actors such as Seol Kyung-goo and Kim Nam-jin, and actresses Kim Yoon-jin, Kang Hye-jeong, and Seo Sung-min. The production costs were reportedly about 2 billion won. The group gained a reputation for being quite mysterious because they did not show their faces and did not star in any of their music videos. Nevertheless, their vocal abilities attracted many fans, and the album was an instant hit with pre-sales of 90,000 copies. Later in 2004, the group was recognized for their vocal ability with numerous awards, including nominations for Best Newcomer at the Golden Disc Awards and the Seoul Popular Music Awards.


On March 29, 2005, SG Wannabe released their second album. It included the two #1 hits "Sin & Punishment", which received numerous awards both for the music video and for the song itself, and (While You Live). Like its predecessor, "Saldaga" was able to attract media attention for the group's vocal ability, thus SG Wannabe became the only artist in 2005 to sell more than 400,000 copies of their album. On September 14, 2005, the group released the "Classic Odyssey", their 2.5 album. 1 billion Won (1,000,000,000) budget went into SG Wannabe's new remake album. It included hits such as "My Heart's Treasure Box". To top off the success of their 2nd album, SG Wannabe was awarded the prestigious Daesang (the "Artist Of The Year") from the Golden Disc award. When 2005 was over, SG Wannabe were ranked at #1, with over 400,000 copies sold of their 2nd album, and 12th, with 147,047 copies sold of their remake album on the year-end chart.

On April 11, 2006, the trio released the long anticipated[by whom?] third album, called The 3rd Masterpiece. Just like what they did in the second album (the music video had two parts; the first part was with the song "Crime and Punishment", while the second part was with the song "As We Live", their third album also contained two-part music videos. The first part was with their new title song, "Partner for Life" starring Shinhwa's Kim Dong Wan and also featuring Jeong So-Young, and the second part was released with "Slowpoke". Once again, the album manage to chart high, reaching #1 on numerous charts.

On November 18, 2006, they released a greatest hits compilation entitled SG Wannabe Best Album - The Precious History. It was a collection of their favorite songs from the past three albums and also included three new songs. They also released a music video for those songs which was called "Song of Love featuring Vibe", "Even If I Could See You", and "Ordinary People" featuring Hoo Ni-Hoon, Min Kyung-Hoon, Jang Hye-Jin. The music video starred singers Lee Bum Soo and Nam Gyu-Ri from female trio See Ya. However, despite having high sales and topping the charts, they did not win another, though the group was nominated daesang. Another male group with more success and higher album sales, Dong Bang Shin Ki, swept four daesangs.

Their highly anticipated 4th album, "The Sentimental Chord", was released on April 6, 2007, almost a year after their 3rd album. Again, they amazed the audience with their new title song "Arirang", which had the classic instruments of Korea playing as the background music. With the release of their 4th album and their title song, they went as the #1 in the Bugs Chart as well as the Korea monthly chart. The album was also number one on the "Top 20 Album Sales (May 2007)" with 44,618 copies sold in May and 125,450 sold altogether. They also released two special albums, "SG Wanna Be+" and "Story In New York." Both the special album manage to be successful as well, continuing SG Wannabe's popularity and success. Towards the end of the year, SG Wannabe was awarded their second daesang from the Golden Disk Awards, reigning as the top artist of the year. Selling almost 200,000 copies, The Sentimental Chord was the best-selling album of 2007 in Korea. In addition, several changes also occurred within the band, with member Chae Dong Hae leaving the group in order to focus on a solo career.Chae Dong Ha made his acting debut in Kim Jong Wook's music video for "Only You," which is the new singer's follow-up single after "Bad Guy."


As of April 23, 2008, SG Wannabe's fifth album had 85,000 pre-orders and counting. The album is slated to be released on April 24 with fourteen new tracks, including a Japanese version of "I Miss You". Both versions of "I Miss You" were recorded with their former member Chae Dong-Ha. The Korean one was recorded with 4 people and the Japanese version was recorded by the original members. SG Wannabe's new member, Lee Suk Hoon, also made his debut performance on April 24th on "M!CountDown", singing the first track, "Lalala", on the new album.


In 2009, SG Wannabe relased Gift From SG Wannabe. They also released another song that has become a famous OST in many dramas titled ("Fate Reverse") 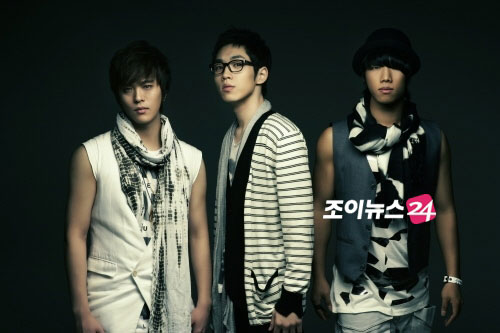 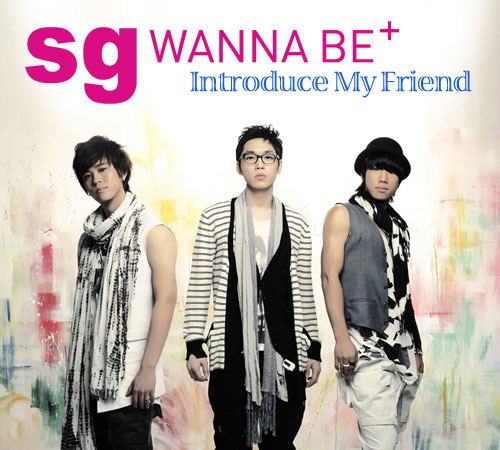