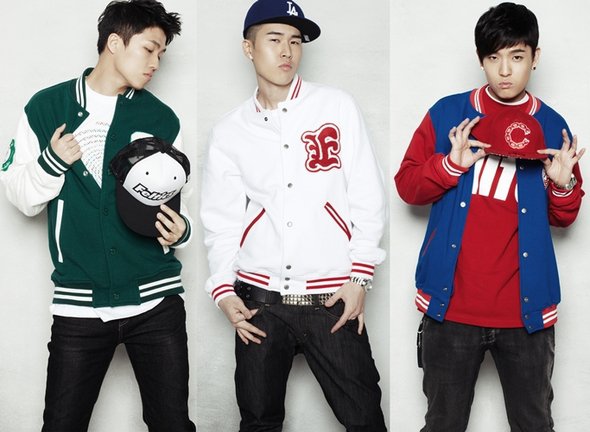 The trio consists of Leader/vocals Chance (Michael Kim),vocals Peter (Peter Hyun) and rapper YoungSky (Choo Joon Young). They made their debut on March 6th, 2010 on MBC's Music Core with their promotional single, Magic. Since their recent debut, they have appeared in many radio shows such as MBC Starry Night, TBS K-popular and ARIRANG Evening Groove.

One Way is considered to be an up rising R&B group that is garnering not only attention in South Korea but also gaining International attention for composing their own music and their unique "one way sound". They posted up various covers on their official Youtube Channel such as Ne-Yo's Sexy Love and made their official debut on Youtube with their selfwritten track U-Drag, which is also featured on their first episode called One Way Street.

Peter and Young Sky first met in middle school in Sydney, Australia but later on, Young Sky moved to California where he met Chance in high school. All three members are fluent in English and Korean.

Chance was the lead singer of an American band called "Xtacy Xport" before forming the group One Way with fellow members Peter and Young Sky.

Peter had prior experience in the Korean Music Industry in 2008 when he debuted as a solo artist under a different label. His title song and album name was "Showman". Later on, he released the single "Like a Flower".