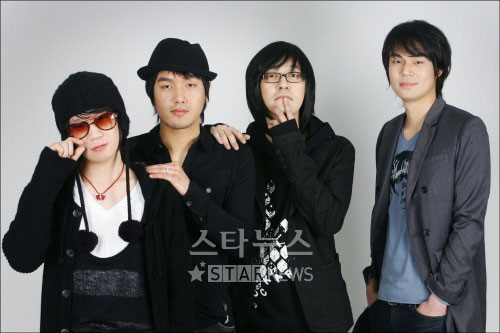 Nell is a South Korean indie rock band. Formed in 1999, the band consists of Kim Jong-wan on vocals, guitar and keyboard, Lee Jae-kyung on lead guitar, Lee Jung-hoon on bass guitar and Jung Jae-won on drum.

While performing at live clubs in Hongdae, they were picked up by Seo Tai-ji, and soon became the first band of Goesoo Indigene record label in 2002. In 2006, the band decided to finish their contract with Goesoo Indigene and they are currently signed with WOOLLIM Entertainment.

The band is heavily influenced by numerous British bands such as Radiohead, Placebo, Travis, and Muse. They also performed number of covers of Muse, Coldplay, Sting, and Bob Dylan during their gigs.

Nell has participated in both 2006 and 2007 Pentaport Rock Festival of South Korea, where Placebo and Muse also performed each year.

The band is known for their gloomy and psychedelic sound, and gained their fame with tracks like "Stay" from Let It Rain, "Thank You" from Walk Through Me, "Good Night" from Healing Process and from Separation Anxiety. Their 2006 album 'Healing Process' was chosen as one of five best recordings of the year among critics of South Korea. Nell's 2008 album "Separation Anxiety" was a hit in South Korea, ranking No.1 in various album charts.

All songs are written and composed by Kim Jong-wan. It has been noted by fans that their recent albums (after Healing Process) takes a different style from their first two minor albums (Reflection of, Speechless). Recent albums are sometimes criticized for being too mainstream by older fans, but most of fans agree that their albums maintain their own 'color' well. Their songs often display sadness, but each album takes a different color; while most songs in Walk Through Me seem to have emotional climax, their recent albums sound relatively more poetic and quiet.