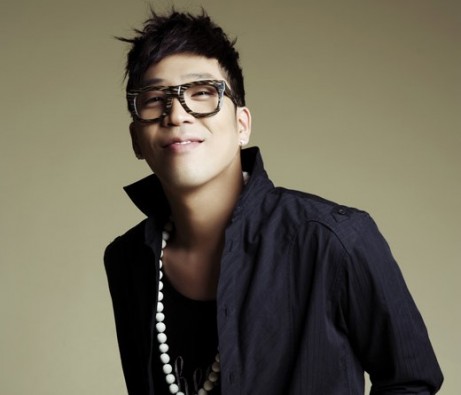 MC Mong (born on September 4, 1979) is a South Korean hip hop artist who is known for his comic disposition and his upbeat songs. He graduated from Dong-Ah Broadcasting College. MC Mong has collaborated with many well known artists, including Kim Tae Woo from G.o.d., Ock Ju-hyun, Ivy, Crown J, Lena Park, Park Hyo Shin, SG Wannabe and Jo Sungmo. He currently is a member of KBS2's 1 Night 2 Days, a part of the network's Happy Sunday line-up. MC Mong released his fifth album, Humanimal in July 2009 after 1 year and 3 months.

MC Mong first debuted as a member of hip hop band People Crew, which debuted in 1998. Because he was overshadowed by other members in his group, he was not noticed until 2003, when he acted in MBC's Non-Stop 4. In 2004, he started his solo career debuting with the single "180 Degree". He gained much more attention with the release of his third album, The Way I Am with the first single off this album "Ice Cream". His albums are known mostly for their comedic styles (aided by humorous music videos), although his third album, The Way I Am has taken on a slightly more serious tone. His nickname is "monkey", due to his resemblance to the animal; most Korean variety shows reference this. On a fall of 2006 episode of SBS's Ya Shim Man Man, he and his good friend Haha talked about their struggles when they were first trying to break into the industry. His parents had fought with him, telling him that he should not try to become an entertainer.

MC Mong's style falls into both the k-pop and Hip hop genre. On top of his own rapping, MC Mong's songs frequently feature guest vocalists. For his third album, MC Mong flew to Tokyo, Japan to record a duet with Lisa, a former member of M-Flo. MC Mong wanted a female vocalist to continue the sequel from his first album's song "A Letter to You" which featured Lyn. Other vocalists featured in his album are Park Hyo Shin, Ivy, and MayBee.

In 2006, he proved his talents as a solo artist with his latest album The Way I Am. This album topped the charts on November 19, 2006, beating out "big names" like Rain and Se7en.

In 2007, he started an online shopping mall called, Mong the Shop, and became a DJ on SBS Power FM radio program, hosting "MC". He made another collaboration with Kim Tae Woo, making the single "So Fresh". At the end of 2007, MC Mong joined KBS's 1 Night 2 Days, a part of the network's Happy Sunday line-up, as the replacement for Kim Jong Min.

In April 2008, he released his fourth studio album, entitled Circus: Show's Just Begun. The first single and accompanying music video to the album was "Circus", which proved to be immensely popular winning five No.1's on KBS's Music Bank. After he ended the promotions for "Circus", he moved on to promote the next single of his fourth album "Feel Crazy".

After 1 year and 3 months, MC Mong released his fifth album, Humanimal. The word comes from "human" and "animal". The first single of his fifth album is "Indian Boy" which features Park Jang Geun (a.k.a. Jang Geun-ee), who also rapped in his fourth album single, "Circus", and 13-year-old singer, B.I., who has gained a lot of attention for his rapping skills at a young age. Pre-order sales of Humanimal reached over 55,000 copies and the album is expected to do well like his past four albums, which all have passed the 100,000 sales mark. Like his past albums, many other singles from his fifth album are also doing quite well on the music charts. The fourth track, "Jin Shil, Even If You're in Heaven", was written by MC Mong and dedicated to the late actress Choi Jin Shil. He was unable to attend her funeral due to the filming of Happy Sunday: 1 Night 2 Days. Also, MC Mong said that it was a promise that he had made to Choi Jin Shil. He once said, "Nuna had all of my albums and knew all the track listings. She really cared for me. We got really close after skiing together once. She even joked to me once that if I should write her a song, then she will appear in the music video", and, "When the news of nuna's death broke, I wasn't able to go to her wake because I was filming "1 Night 2 Days". It was really agonizing. Even now, I feel like I owe her a big debt, but at least I managed to keep my promise of writing her a song. I hope to use this song as a form of condolence to my nuna who has now become a star in the sky. Not just Jin Shil nuna, I hope that others will not depart this world with hurt." MC Mong's management company, M.A. Wilddog Entertainment, stated that music sales for this single will be donated to charity. Track 10, "Love You 'Till Death 2" features veteran singer Jo Sung Mo, is the continuation of "Love You 'Till Death" from his fourth album which featured singer Lena Park. Track 11, "Little Sunshine" is a song he wrote dedicated to the fathers of his fellow members of 1 Night 2 Days - in particular, Kang Ho Dong, Lee Su Geun and Kim C. Track 13, "LUV D.N.A" featuring singer Navi, is a song MC Mong wrote dedicated to his classmate on the reality show "Mong Goes to Medical School". The passing of his classmate's mother inspired him to write this song.

MC Mong made his first acting debut in the MBC TV sitcom Non-Stop 4 where he started to gain acknowledgment and later began his solo music career. In 2005, he starred in the tv mini-series, "Sad Love Song". Though the show was a grand production, the mini-series had low viewership ratings. In 2007, He was a leading actor on Cable chanel TVN drama program 'The Greatest Catsby' (Original work by a cartoonist Kang Do-Ha's cartoon The Greatest Catsby). In 2008, he did the Korean dubbing for Ham III, the main character from the American computer-animated science fiction comedy film, Space Chimps.

On an episode of KBS' Happy Sunday: 1 Night 2 Days which aired on July 6, 2008, caused a lot of controversies because of a smoking scene. On their trip to Baekdusan, a scene of MC Mong smoking in the bus was not edited and was aired. In 2004, all 3 major broadcasting stations, KBS, MBC and SBS, agreed to prohibit smoking scenes being aired before midnight. The variety program's directors made an official apology on July 7 for not properly editing the scene before airing the program. This also caused a craze among his fans because he promised on another variety show a while back that he would quit smoking.