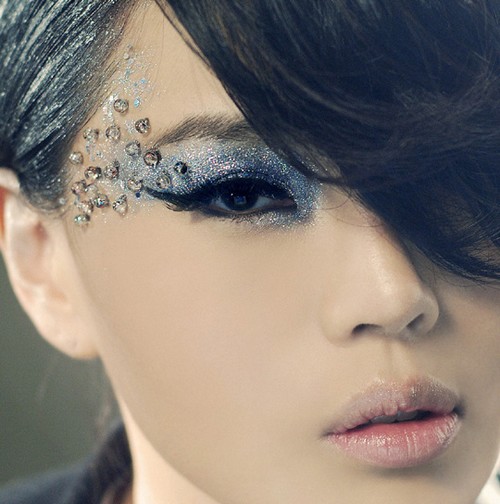 Lexy is a Korean female soloist who debuted in 2003 under the management, YG Entertainment. She has been featured in songs with many of the other YG artists, such as Se7en, 1TYM, Jinusean and Wheesung. Marketed by YG as a hip-hop artist with a little mix of R&B vibe as well, her debut album, Lexury, which was released on October 6, 2003, was fairly well received with her growing popularity. She became a rival with popular singer Lee Hyori for a while. Though her debut album was well received, her second album, Lextacy, released on August 26, 2005 flopped when it was released. Because of the disappointing results of her 2nd album, it was mutually decided that there woulen't be any re-signing of a contract, but they still wanted to carry out the 3rd album. Her third album, Rush, released on April 2007.

Though her song, "Above The Sky" was on the charts for a few weeks, sales were not as strong as her debut album. On September 12, 2007 Yang Goon announced that Lexy left YG Entertainment. A re-signing with the agency didn't happen. Yang revealed that because of that, he felt like giving away his younger sister for marriage. Lexy's contract actually ended October 2006. There has been no problems on money or ill-feelings toward both parties. It was just decided to go on separate ways. Lexy released a new album THE LEXY featuring a few hip hop artists Crown J and VOS. The album consisted of different music style by Lexy; ballads, rap, hiphop, jazz. On Lexy's first album, Lexury, Park Teddy of 1TYM composed the song, Let Me Dance. And Song Baek Kyoung of 1TYM composed the song, Up And Down.