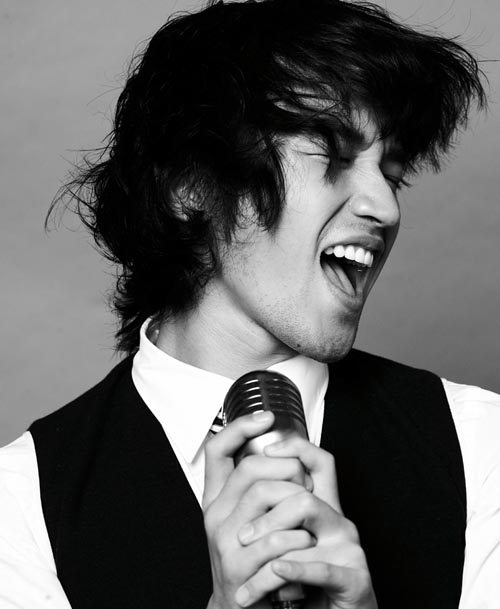 Lee Min Woo (born July 28, 1979) is Korean singer known for his work as a solo artist and as a member of Shinhwa. Lee was the fourth member picked for the group. As part of Shinhwa, he has recorded nine studio albums as a vocalist and a rapper. Though he left the group's management company in early 2007, Lee has stated that he is still part of Shinhwa and that the band will never disband.

Lee first started his solo act in 2003 when Shinhwa was on hiatus. He has since released three successful studio albums. As a solo artist, Lee changed his stage name to M. Aside from singing, Lee has also appeared in Korean television dramas and movies, with and without his bandmates. Throughout his career with Shinhwa, Lee has changed his looks along with his bandmates. From having a cute image in the early days and transitioning to various looks, Lee and his bandmates never lost their strong fanbase.

While dancing for his group, Dicky Ducky, as a student at JunJoo Fine Arts School for the Everland dancing competition, Lee was spotted by some SM Town members and became a part of the much known boy band, Shinhwa. Although he started out as a rapper and a singer, he stopped rapping as Shinhwa continued to release albums. When Shinhwa first came out, the fans (which later name themselves Shinhwa Changjo) quickly chose Lee as the cutest one in the group, with him garnering much attention. However, as time passed time, each of the members began gaining attention, with them having equal popularity as of today. As a skilled dancer, he has choreographed some of Shinhwa's most technically challenging dances. He has released 9 albums (eight full Korean albums and one Japanese album) with Shinhwa and is currently working on their ninth album.

Lee became the first member out of Shinhwa to go solo, debuting in late 2003, during a break from Shinhwa's activities. Choosing the stage name of "M", he joined forces with other "M" companies (such as Korea's music television network M-Net) to heavily promote his first album. The record company depended on Lee to be successful, and he ended up surpassing expectations. His first album, Un-Touch-Able, sold in excess of 100, 000 copies (according to the January 2004 Music Industry Association of Korea chart, the last time the album charted).

"Just One Night", the lead single from the album, was very successful, and it also had "M" show a very different side to him. As opposed to Shinhwa's music, which tended to be very dance/R&B-oriented, "Just One Night" was a jazzy slow groove song showing a more sophisticated Lee. In addition, the performances for the various network music shows were very choreographed, showing that Lee was putting a lot of effort into his solo debut. However, the second single from the album, (Oh Rain), was not. Although the record company released a slightly remixed version of the single, promotion for it was light at best. Soon into 2004, Lee stopped promoting the album altogether and joined his Shinhwa bandmates in preparing for their 7th album, eventually released in August 2004.

After the success of Shinhwa's Brand New, Shinhwa went into another hiatus. During this time, Lee recorded and released a single, "If You...", in March 2005. Sales did not reach album levels, but the single managed to sell over 30 000 copies. Again, Lee heavily promoted the single, with many performances of the song "If You...", complete with special dance intros performances of other songs. As opposed to the sophisticated image from his first album, Lee promoted this single with a "handsome" image, as the song was a light pop song. However, when fellow Shinhwa member Shin Hye Sung released his solo debut, Lee stopped performing in order to avoid competing with him.

By fall of 2005, Lee was ready for his "comeback special" and released his second album, entitled IInd Winds. Initially released in two versions (including a limited "Lineage II" edition), the album's liner notes showed off a sexier Lee Minwoo, as his new muscular body was clearly displayed; there were many pictures of him in partial attire. Lee used the sexier image for his lead single "Bump!!!", which was a club-oriented dance hit. Complete with an intense video and heavily choreographed performances, the song pushed Lee to the top of the various network charts, and his album sold 80 000 copies in the month of September. To capitalize on this success, Good Entertainment (via EMI Korea, their distributor) released yet another version of the album. However, this one had a completely new cover and special bonus tracks; in addition, there was a bonus VCD. This "Girl Friend edition" was released as Lee moved onto his second single, "Girl Friend", a ballad about a lost love. Lee changed his image once again, displaying a rougher, yet sensitive, image. "Girl Friend" was fairly successful as well, allowing Lee to promote his album for over four months, a rarity in Korea's music industry. The album was ultimately a strong seller, placing 12th in MIAK's year-end charts with over 120,000 copies sold.

Lee kicked off the year 2006 with a solo concert entitled "M's Girlfriend", promoted as his "first live concert". Held at the Seoul Olympic Gymnasium, he was able to perform two live concerts in early January, in which he performed not only his solo hits, but also songs from other groups (including New Kids on the Block). The concert was released on DVD in the summer.

After promotions, Lee focused on his acting skill, as he filmed his first movie Wontak's Angel, released in summer of 2006. In addition, he rejoined his group members as Shinhwa released their 8th album, also in the summer. Into early fall, Lee continued to promote the album overseas and performing in many Shinhwa concerts around Asia.

Starting in November, Lee began to perform as a solo artist again, including a concert in Shanghai on the 4th. A promotional concert was held at Seoul Melon AX on December 2. Lee also had participated in new singer Sat's first single.

In the beginning of 2007, Lee left his bandmate's label Good Entertainment to create his own, naming it M RISING Entertainment. By creating his own entertainment, Lee concetrated on his solo career more.

Once again Lee's band Shinhwa went on hiatus, thus allowing Lee to once again go solo. He was chosen to perform with American singer Christina Aguilera at her Seoul Concert on June 24, giving Lee high publicity. Aguilera had viewed numerous video clips sent in by various Korean stars, as she wanted to choose only the best. The artists were viewed by their dancing and singing abilities and how well their album sales were. Aguilera then chose Lee as the male to perform with her while singer Ivy was chosen as the female counterpart.

In mid-July 2007, Lee finally release his third album Explore, which was in the R&B/dance vein of his previous albums. He had composeed 9 songs by himself. The album debuted at #3 on the chart. Although he intended to release it in the U.S., with the U.S. via CJ Music and CJ Entertainment's global network, it was release in Korea instead. Because it was release around the same time as another Shinhwa band member, Kim Dong Wan, the two considered themselves in a friendly rivalry (another Shinhwa member, Shin Hye Sung, soon joined in the friendly rivalry with the release of his second album in early August).

Lee's third album sold over 30,000 copies in just three days, with 25,000 being pre-orders. Lee's first single from the album was call Stomp, where it was #1 for two consecutive days on an online chart. His second single, "The M Style" was also quite popular as well, climbing up the charts just as quickly. Though his songs manage to chart well, the album sales were not as strong as its two predecessors, with the album dropping off the Korean Monthly Chart rather quickly. Lee released his first mini-album, The Sentimental Reason in February 2008 to coincide with Valentine's Day and White Day. Giving only a limited 13,000 copies, it sold out in less than a month. The mini-album was successful enough for Lee to promote it with two singles, "Just One More Night" and "Believe In Love."

After failing to garner much acclaim with his 2008 "M Rizing" project album, Shinhwa's Lee Minwoo made a come back in June with a mini album, Vol 4.5: MINNOVATION. Minwoo and American producer Outsidaz collaborated to produce the hit track, Minnovation, infused with electronica and hip hop beats. In his comeback performances, Lee showed a variety of fresh dance moves and innovative 'laser beam' gloves that caught the eyes of many viewers. It is said that he spent a staggering 1.5 million won on the gloves. Lee Minwoo's mini album garnered pleasant results during the first week of sales and topped the Hanteo sales chart.

In January 2010 it was reported that Minwoo was in a serious car accident on Christmas Eve, in which he sustained some serious injuries. He has since been discharged and is recovering at home. 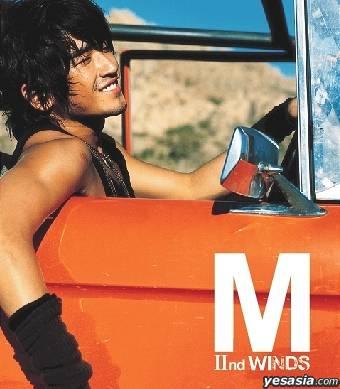 
He acted in various TV series and movies.

Lee is arguably a good composer, lyricist, and producer. He has written many songs for Shinhwa and for other Korean singers.