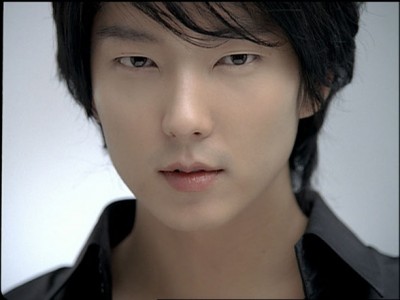 Lee Jun Ki (born April 17, 1982, in Busan, South Korea) is a South Korean actor, model and singer. He rose to fame as Gong-gil in The King and the Clown. As of 2007, Lee is one of the top screen stars in South Korea. In August 2009, Lee Jun Ki was appointed an ambassador for Korea tourism by the Korea Tourism Organization.

In his adolescent years, Lee was a fairly normal individual who enjoyed sports and computers. He first became interested in the performing arts as a high school student after watching a performance of Hamlet. Lee initially failed to get into college and because of this, he moved to Seoul with almost nothing in his pocket, but a dream to work in the entertainment industry. For the next couple of years, Lee worked at various part-time jobs, before gaining acceptance into the Seoul Institute of the Arts. He graduated from the Seoul Institute of the Arts with a major in Acting, and is a 1st degree in both Hapkido and Taekyon, and 3rd degree in Taekwondo. Besides Korean, Lee also speaks Japanese, Chinese and English.

Lee later started out as a model and held minor roles in Korean dramas. In 2001, he first appeared in the television commercial for the So Basic fashion label, appearing alongside actress Kim Hee Sun. His first drama appearance was as a dissatisfied teenager in the KBS drama Drama City: What should I do? He later appeared with a minor role in Star's Echo, a drama by MBC and Fuji TV in 2004.

Lee continued to audition for various acting roles, but did not find immediate success. Lee would make his acting debut on the big screen within the same year. Competing against 2000 other participants, Lee landed a role in the Japanese film The Hotel Venus (2004). During his time working on the set of The Hotel Venus, Lee found himself less than pleased with his management company and having to work part-time jobs to support himself. The Hotel Venus would go on to become moderately successful in Japan selling 2.8 million tickets. Lee would later start work on his first Korean film Flying Boys.

The King and the Clown

Lee Jun Ki at a King and the Clown fan meeting in the Shilla Hotel, Jeju Island. In 2005, his first major acting role came in The King and the Clown, in which he took on the role of a feminine entertainer in the late 15th century forced to satisfy King Yeonsan's sexual and emotional cravings. The film became one of the highest grossing South Korean-made movies in South Korea, unexpectedly replacing Taegukgi as the most-watched film in Korean history with over 12.3 million viewers. Lee's salary for the role was a comparitvely low US$100,000.

Lee was against the halving of screen quotas in South Korea that allows foreign films to be shown in theaters on certain days, while domestic films are allotted another amount of days. He believed that without the screen quotas, The King and the Clown would not have been as successful in competing against foreign films. He earned many Best Male New Comer awards for his role as Gong-gil in The King and the Clown in 2006.

Later in 2008, Lee revealed how he got the role, saying, "The movie seemed really good so I challenged myself with the audition so even if I didn't make it, I thought that I had to try my best to have no regrets in the end. I analyzed the story over and over until my script became like trash". Producer Lee Jun Ik revealed the story of how he chose Lee for The King and the Clown by just seeing him do handstands, saying, "Just because of handstands, Lee Jun Ki became the person he is today." After the film, Lee became "an icon" of the South Korean "pretty boy" aesthetic.

Lee has since tried to diminish his pretty boy image. Lee said Gong-gil's character in The King and the Clown felt like a foot chain for him so he wanted to escape from it, stating, "After my performance in The King and the Clown, I found myself at the forefront of this 'pretty boy' trend, whether or not that was my intention. Suddenly, people were interested in me, and there was all this praise and criticism all at the same time. Everything was just so overwhelming. I felt like I was floating on air." Furthermore, Lee said "I'm not human Lee Jun Ki or actor Lee Jun Ki yet. There's still a longer way to go in the future." Lee revealed that there are times where he feels gloomy and can't find answers to his questions but he hopes to not give up his acting no matter what happens and die while acting, showing his passion and love for acting. 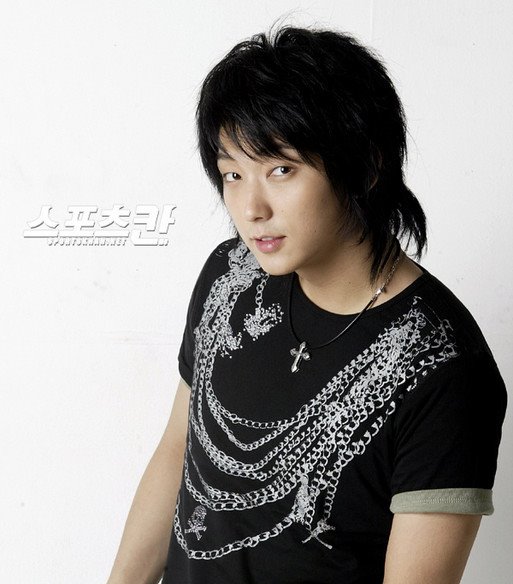 His next role was as a supporting character on the SBS's My Girl together with Miss Korea, Park Si Yeon, Lee Da Hae, and Lee Dong Wook. His movie, Fly, Daddy, Fly garnered much attention and media coverage among Chinese viewers. However, there is criticism that both of these have "either fallen short of expectations at the box office or cast Lee in minor roles."

Lee's popularity overseas is noted, where in the 19th Tokyo International Film Festival, he was "was enthroned as the top star". During the Shanghai International Film Festival, Lee was approached by acclaimed Chinese director Chen Kaige, who proposed that the two should make a film together in China, to which Lee responded, "I'd love to make the movie if the script is good and the character is right." In 2007, Lee filmed a joint Korea-Japan movie entitled Virgin Snow with Japanese actress Aoi Miyazaki, in which he plays a Korean exchange student. Lee expressed why he join the cast saying, "I hope this film helps improve friendly relations between the two nations." Virgin Snow was successful by placing 9th at the box office and set a record for a Korean film released in Japan.

He also starred in an action drama Time Between Dog And Wolf, his first drama ever as the lead role. From September 4 to October 5, at the 2008 Seoul Drama Festival 14th ceremony, Yahoo! Korea and Yahoo! Japan, together conducted a survey on who was the best between Korean and Japanese actors. The survey totaled 27 million online votes, and the most popular TV drama being Time Between Dog and Wolf with the total of 59.9 percent with overwhelming support from the fans. Coming in second place was KBS2 TV's Hong Gil Dong with the total of 39 percent and coming in third place was MBC's Coffee Prince with the total of 1.5 percent. The best male actor and female actress went to the main characters Lee and Nam Sang Mi.

At the 27th Hawaii International Film Festival, it was announced that Lee would be that year's recipient of its Rising Star award. The award acknowledged the actor's work, media image, and growing star-power in the global arena. The festival, which ran through October 18-28, presented the award at "An Evening with Lee Jun-ki" on Friday, October 19. He also had a role in the Korean film May 18, about the events surrounding the Gwangju Massacre of 1980, which was given the Gold Orchid Best Feature Film for 2007. The film covers one of the most tragic events in Korean history; the repressive regime of General Chun Doo-hwan resulted in a civilian uprising in the city of Gwangju, which was subsequently crushed by government troops entering the city and firing into crowds of demonstrators. The film sold over six million tickets at the Korean box office. Recently he joined Hong Kong EEG, making his entry into the Chinese market.

From April to July 2008, Lee participated in the filming for SBS's TV series Iljimae, a period drama in which he starred as a Robin Hood-esque character during the Chosun era. Its first episode aired on May 21, 2008 with 15.4% program rating. From then its program rating increased and Iljimae finished airing on July 24, with 31.4% program rating, one of the highest ratings of the year, and earned him high honors in the 2008 SBS Drama Awards. The drama later aired in Japan on the channel TV Tokyo.

In November 2009, Lee was the lead role in the comedic-action drama, Hero, which aired on the station MBC.

On July 29, 2008, Lee had a conference for the Hallyu Festival, he was chosen as the Ambassador for the 2008 Seoul Hallyu Festival. Lee was later entrusted as the Honorary Legal System Officer in the Government Legislation Agency's 60th year anniversary. Lee said, "When I'm choosing my work, I would like to choose one that involves working with other countries. Instead of showing off being a Hallyu Star, I will try my best to show good images for those who love Korea." During the ceremony, Lee was appointed as the first Honorary Legal System Officer since the constitution of the Government Legislation Agency due to his acting role in SBS's Iljimae.

On August 5, 2009, Lee was appointed as the new promotional ambassador of the Korea Tourism Organization. Lee said of his appointment, "I enjoyed working as an honorary ambassador of hallyu last year. I'm proud of being appointed as tourism ambassador this time, and will try my best to promote Korea."

A poll by a music website Jukeon that asked "Who will be the most popular if they release an album?" Lee ended up being in first place with 66% of the votes. He released his first mini album My Jun, My Style on April 26, 2007 which contains three songs that he wrote for his Episode 1 fan meeting on May 21, 2006. 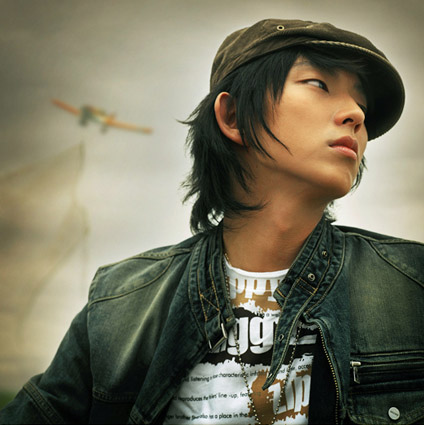