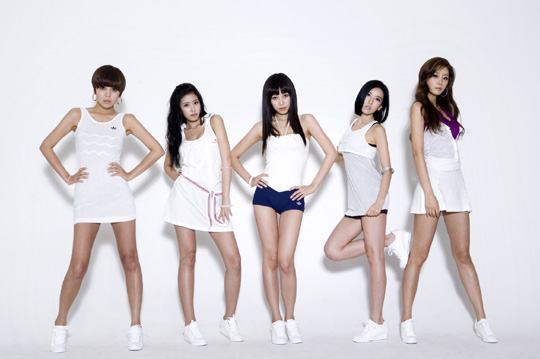 LPG (an acronym for "Long Pretty Girls") is a manufactured girl group inspired by the success of "semi-trot" singer Jang Yoon Jung. Their name showcases the fact that all four members of this group were pageant participants, with two of them even making it into the Miss Korea pageant. Their first album, Long Pretty Girls, was released in fall of 2005. Although most of the record consists of dance tracks, their first (and only) single from the album was called (Can Can)", being (obviously) a Can-can song. The novelty of the song brought them a lot of attention from the press, but neither the song nor the album were commercially popular. However, it has been referenced and parodied by many Korean variety shows, including SBS's X-Man and KBS's Star Golden Bell.

On August 2006, they attempted to break into the Chinese market, but it is unknown if they were successful.

Their second album was released at the end of September 2006, accompanied by a sexier image. The first single, (literally Arm Pillow), is quite different than "Can Can", having more of a Latin feel and a more rhythmic beat. Although limited promotional activities were done, the album sold poorly, entering at #33 on the Music Industry Association of Korea's monthly sales chart with 2,359 copies sold; it has since dropped off the chart. 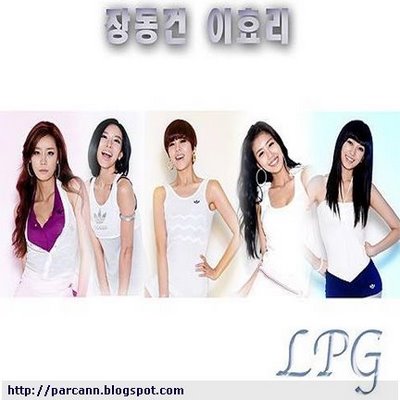 On December 13, 2007, LPG released a winter single, entitled Winter Story. The first track, ("The Road to the Ski Hill"), was their first promotional single.

On March 19, 2008, it was announced that Hanyoung and Sooah would be leaving the group due to their individual projects; the management group said that new members would be chosen.