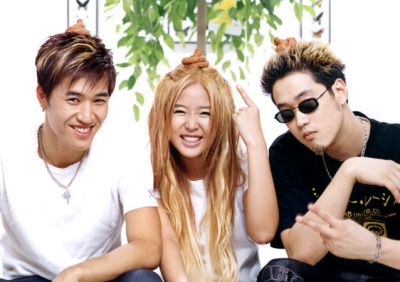 Koyote is a popular South Korean dance and hip hop group consisting of members Kim Jong Min, Shin Ji, and Bbaek Ga. The group first debuted in 1999 with Shin Ji, Cha Seung Min, and Kim Goo. As a group, they are known for their catchy dance/pop songs, which have been their trademark. In 2005, Koyote won the KBS daesang (the Korean equivalent of the Grammy Award) for "Artist of the Year".


Kim Jong Min (born September 24, 1979) has been with the group since the third album. He was background dancer for Uhm Jung-Hwa before joining with Koyote. He has been the male vocal of the group, as well as its most prominent member in terms of public appearances. Kim Jong Min has been notable for being a popular mainstay of many Korean variety shows (such as KBS's Heroine 6 and SBS' Love Letter), as he has become a goofy, naive "character" known for silly comments and actions. In 2006, he won the Best Entertainer Award from the KBS' drama awards. He had also been dating Hyun Young but broke up recently due to her busy schedule and his military service. As of December 18, 2009, he had finished his 2-years military service.


Shin Ji (born November 18, 1981) is the only female member in the group and also the only one who has been with Koyote since the start. She has also released the digital single "Always" which was used as soundtrack for anime game Yogurting. She has also been noted for her weight loss in the early 2000s, and has been jokingly called the man of the group (when compared to the relative weakness of Kim Jong Min).


Bbaek Ga (born May 14, 1981),real name Baek Sung Hyun, joined the group in 2004 for its sixth album, and has been with them since as the rapper of the group. He is currently serving his mandatory military time started from 15th October, 2009. In December 2009, he was diagnosed with brain tumor while serving his mandatory time in military. 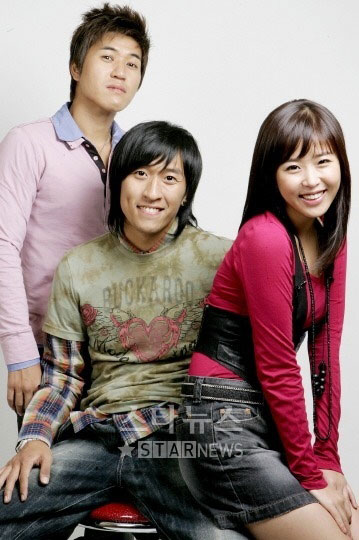 Cha Seung Min (born June 12, 1979) was the male vocalist for the first and second album. Cha Seung Min left to the U.S. for abroad studies. He was raised in Annandale, Virginia area before being discovered. Kim Jong Min replaced him starting from their third album.

Kim Goo (born March 2, 1977) whose real name was Kim Won Gi was raised in Baltimore Maryland area before being discovered for the group. He was jailed for possession of ecstasy in 2002. During this time, Koyote performed as a duo until another member was added. He was replaced by Kim Young Wan.

Kim Young Wan (born May 17, 1970) was previously a member of the group Cola and dance team Friends.

Jung Myung Hoon (born February 21, 1982) replaced Kim Young Wan for the fifth album. He was previously a member of the group OPPA and PLT. He left to serve his compulsory duties for the military. Bbaek Ga replaced him starting from their sixth album.