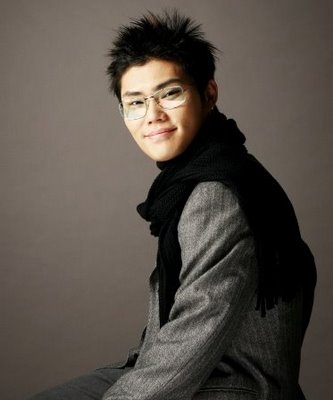 Kim Bum Soo (born January 26, 1979, is a South Korean R&B and soul singer famous for his smooth vocals and emotive ballads. Particularly, he is noted for the song (bo go ship da), the title of which means 'I miss you' in English. This song became the theme song of Korean drama Stairway to Heaven. Kim Bum Soo is the first Korean artist to make a mark on the North American music charts, with his song 'Hello Goodbye Hello' ranked as the 51st spot on the US Billboard Hot 100 in 2001.

Soo decided upon pursuing a music career at the age of 20, inspired and encouraged after singing with the local church choir throughout his youth. At Seoul Institute of the Arts, Joongbu University, he majored in music. Shortly after graduating, Soo attended an audition where he landed a recording contract with the label 'Team Entertainment.' Subsequently, his debut album was not released for another two years.

Prior to 'bo go ship da', another of Soo's songs, 'Promise', from the album of the same name, had also been used for the popular MBC drama, 'Watch and Watch Again' (1999), establishing Soo's staple image as a ballad singer. Critic and writer Catherine Chan recals the feeling surrounding the song as a 'sentimental lovers' favorite,' describing how the song 'had all the ingredients - a tender voice, lovely melody and dreamy lyrics.'

Soo's 5th album, 'Remember Kim Bum Soo 5th & So Long...' was so titled as a reference to the fact that he released it right before he was about to start his two-year compulsory military service. This is in accordance with South Korean nationality law. Just prior to beginning his service, Soo had produced the song (Oasis), which was released as a track on this. The song has a slightly more commercially American R&B feel than the bulk of his music, demonstrating the stylistic growth Soo has experienced over the years.

On Soo's 5th album, he also pays homage to those that have inspired and influenced him on the track 'Like'. Amongst those he names are Stevie Wonder, Eric Benet, Brian McKnight, Babyface, R Kelly, Mary J. Blige and Lenny Kravitz. He has also incorporated covers of songs by some of these artists in his live concerts, noticeably Stevie Wonder's 'Lately' and R Kelly 'I Believe I Can Fly.' The only of his albums to be produced in the US, 'Remember Kim Bum Soo 5th & So Long...' also references Soo's connection to the Christian faith, with the gospel-inspired CCM track, 'The One In My Life'. The song clearly alludes to Soo's childhood church choir days, giving the 'goodbye-and-remember'-themed album a nostalgic sense of 'ending at the beginning.'

Soo continues to do performances in several countries within East Asia, but also in other parts of the worldnotably in North America, where Korean pop culture (drama and music) has skyrocketed in popularity within the last decade. Past events have been held in Hawaii, New York, Los Angeles, and Boston, as well as in parts of Canada.

Soo returned to his music career after he completed his military service. His sixth album, released in 2008, was titled The Practical Usage of Sadness. While delivering several powerful ballads on this album, he also branched out into new genres, such as on the country tune.