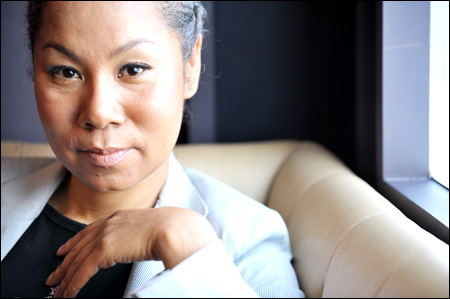 Insooni (born Kim In-Soon on April 5, 1957) is a famous female South Korean singer. Insooni made her debut in 1978 in a group "Hee sisters". Since then she has recorded a total of 19 albums (14 regular). She is now South Korea's acclaimed R&B diva with a wide range of fans, even though nearly 30 years have passed since her debut. She is one of the few singers who performed at Carnegie Hall in New York and earned several top prizes at broadcasters' annual award ceremonies. She is distinguished by her rich, throaty voice on stage. She was born to a Korean mother and an African American father, who served in the US military in South Korea, and was brought up by her mother alone. She is now regarded as one of the best female singers in South Korea. She has one daughter, named Jasmine Park, born 1994, and currently goes to Seoul International School as an honor student.