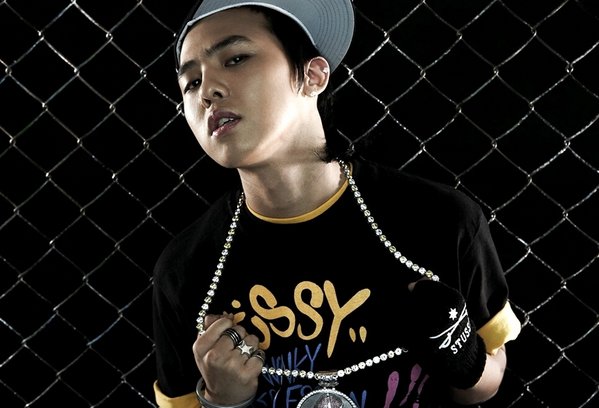 Kwon Ji-Yong (born August 18, 1987), better known by his stage name G-Dragon, is a South Korean singer and song-writer. A trainee under the record label YG Entertainment for six years, G-Dragon officially debuted as the leader and one of the two rappers for the Korean hip-hop group Big Bang. Since their debut, G-Dragon has involved himself with the production of their albums: he composed and wrote several tracks by himself, including "Lies," "Last Farewell," and "Haru Haru." His involvement received both praises and criticisms.

During the hiatus of Big Bang, G-Dragon released his debut solo album, Heartbreaker (2009), which went on to become one of the most successful albums of the year, garnering sales of over 120,000 copies. The album sparked major controversies for the artist, including accusations of plagiarism.

Inspired by the American group Wu-Tang Clan, G-Dragon expressed his interest in rapping and began taking classes at the age of 12. While finding a class to learn, he met the People's Crew, a hip-hop group. Under their tutelage, he joined in the release of the Korean hip-hop Flex album in 2001. Although he wrote his own lyrics for his song, he admitted that his "English was bad and the story behind the lyrics was the same old thing. Something like, 'I'm young, but I'm the best'." G-Dragon first caught the interest of Sean of the hip-hop duo Jinusean from YG Entertainment, who later recommended him to CEO Yang Hyun Suk. After signing a contract with the record label, G-Dragon spent the first year cleaning after the other artists in the record label. He later met Dong Young Bae, another trainee. Together, the two were coined as GDYB. After six years of training and several featured appearances on other artists' albums, G-Dragon made his official debut as the leader of the group Big Bang alongside Young Bae (now using the stage name Taeyang) and four other trainees.

The formation of the group was documented on television, and though there were initially six members, one was dropped before the official debut. The group's debut was fairly successful, with their first album netting in sales of over 40,000 copies. It spawned several airplay singles, including "La La La" and "We Belong Together". The album also included G-Dragon's first solo song, a cover of the American alternative rock group Maroon 5's single "This Love". Following the release of the group's mini-album Always in 2007, G-Dragon began to involve himself more with the production of their albums. Always featured several songs composed by him, including the lead-single "Lie" (Revised Romanization: Geojinmal), which became the group's first number-one hit. Their following mini-albums followed its predecessor's footsteps: Hot Issue yielded "Last Farewell" (Revised Romanization: Majimak Insa) while Stand Up spawned "Day by Day" (Revised Romanization: Haru Haru); both singles were chart-toppers.

Aside from Big Bang, G-Dragon also made several solo appearances. After helping produce Taeyang's debut album, he recorded his own version of the album's lead single "Only Look At Me" (Revised Romanization: Naman Barabwa), titled as the part two version to the song. The single was released digitally. Along with Taeyang and T.O.P, G-Dragon was feature on singer Lexy's song "Super Fly" for her album Rush. In May 2009, he collaborated with the Japanese boy band W-inds. for their single, "Rain Is Fallin'/Hybrid Dream."

After Taeyang released his solo effort, G-Dragon released his debut solo album Heartbreaker, featuring collaborations with several artists, including Teddy of 1TYM, Taeyang, S-Kush, and CL and Dara of 2NE1. Initially scheduled to be release in April, the album was pushed back to August to coincide with his 21st birthday. The album marked a change in G-Dragon's appearances as he dyed his hair blonde to match its concept. Propelled by its lead-single of the same name, an electronic pop song, the album sold over 150,000 copies and went on to win Album of the Year from the 2009 Mnet Asian Music Awards. The second single, "Breathe", manage to chart within the Top 20 while his other songs - "The Leaders", "A Boy", "Hello", and "She's Gone" - went on to top various charts upon their release.

In support of his album, G-Dragon staged his first concert, Shine a Light, which sparked controversy following complaints of obscenity and suggestive content. The Korean Ministry of Health, Welfare and Family Affairs later asked the government prosecutors to investigate if G-Dragon or YG Entertainment violated laws on obscene performances in his concert. He was found innocent and was cleared of all charged on March 15th, 2010.

G-Dragon's music is based on Hip Hop elements. Being inspired from music by the Wu-Tang Clan, he participated in the Hip Hop Flex album in 2001, when he was 12 years old. Ever since his trainee years, Kwon Ji Yong trained in the hip-hop genre. Known for his fashion, G-Dragon was named one of the "Style Icon of 2008". His contribution to his own work also garnered him praise as one of the best composers of 2008. Additionally, he won "Most Influential Men of 2008" sponsored by Arena on behalf of his style.

G-Dragon was accused of plagiarism by Sony Music, as his tracks "Heartbreaker" and "Butterfly" are similar to Flo-Rida's "Right Round" and Oasis's "She's Electric", respectively. However, EMI, who also has rights to "Right Round" said that they saw no similarities between these two songs. On March 6, 2010, YG Entertainment announced that they personally contacted Flo-Rida's representatives requesting that he feature in G-Dragon's live album, Shine a Light, to which Flo Rida accepted. 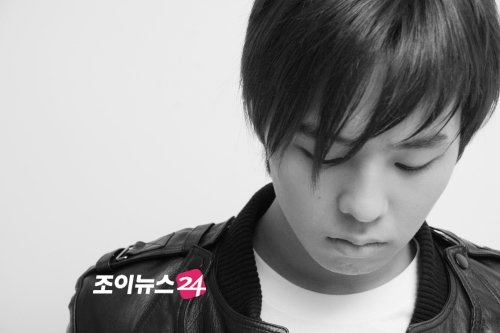