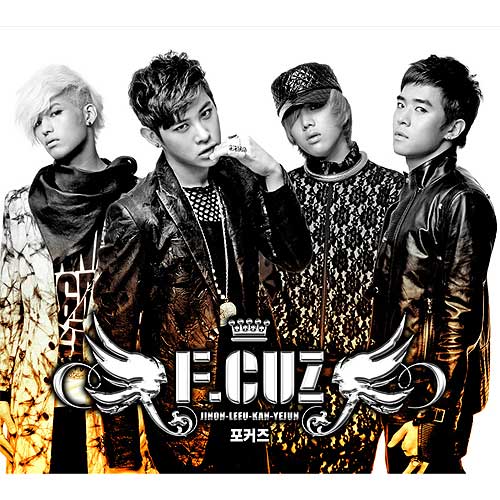 F.Cuz (pronounced as 'Focus'), is a South Korean boy band managed by CAN&J's Entertainment. The group made their debut on January 8, 2010 with their first single, "Jiggy"

Jin On, the leader of the group, was previously cast in the drama [Cinderella Man], and also played the role of the male lead in SG Wannabe's "Gashiri" music video. Lee U was an ulzzang prior to debut. Lee U first gained popularity in 2005 when he participated in many variety programmes with his father., he was originally set to debut as a solo singer under the name U. LeeU also participated in the SBS Drama Gourmet soundtrack in 2008. Jin On, Kan and Ye Jun used to be members of a dance team that included several singers from Korea, such as Rain. Both Ye Jun and Kan attended Anyang High School or Arts in Anyang.

F.Cuz was officially announced by CAN&J's entertainment on December 6, 2009. Starting from that day, one member per day was revealed to the public in short videos that showcased their talent. The videos had over 30,000 views. Afterwards, F.Cuz began filming the music video for their first single, "Jiggy", on December 15, 2009. The single was then released in digital format on January 8, 2010, alongside their debut performance on KBS's music show Music Bank. They digitally and physically released their "No One" (EP) on March 11 2010. 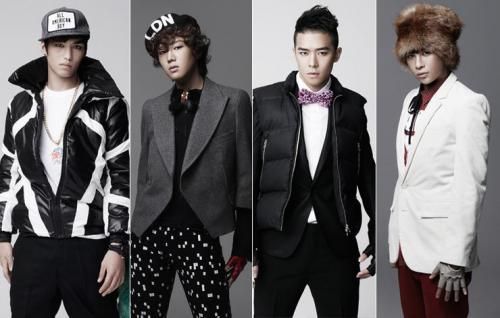 F.Cuz is known for their fashion style, created by stylist Kim Woo Ri. The group's concept is to "introduce pop art patterns and hip hop traits". Their fashion has attracted various commercial contracts prior to their debut.