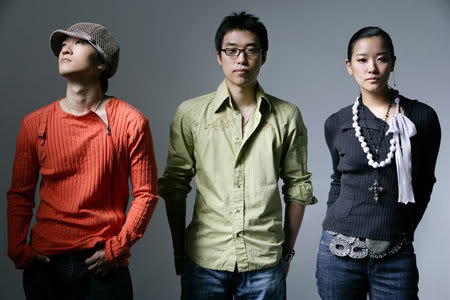 Clazziquai, also known as Clazziquai Project, is a South Korean experimental band that combines several genres including electronic music, acid jazz and house. The group's first short unofficial albums were released online in 2001, spreading its music through words of "netizens," who positively received the group's music. They remained underground until the release of their first album Instant Pig in 2004, selling over 80,000 copies. Since then, their music has been used in various television commercials, shows, and films, and they have been given the chance to perform at various events.

Clazziquai is known for their songs, "Be My Love" and "She Is", which were featured on the Korean drama My Lovely Samsoon, with the former becoming the show's theme song. The group won an award at the MNET KM Music Video Festival for "Best Soundtrack", and has also been the most nominated group at the Korean Popular Music Awards II, winning "Artist of the Year" and "Best Pop". They have contributed to works by Japanese artists Fantastic Plastic Machine and M-Flo.

DJ Clazzi, described as "a magician at synthesizing different sounds in music into creating one unique new genre". Graduated from Capilano College, and continued his study at CDIS. After his graduation, he worked as a web designer, uploading his music online during his leisure time. Eventually, Netizens discovered his music and were drawn to its experimental nature, which is the reason why Clazziquai was initially labelled a "project group"

Alex's sister Christina later quit due to her work in Canada, and an artist named Horan stepped in to fill her spot. Despite this, she still occasionally contributes vocals to several songs. However, she has not been regarded as an official member, and only as an uncredited guest artist[citation needed].

"Instant Pig" gained critical acclaim leading to over 5 songs from the album to be used in 6 television commercials.

"Novabossa" was used as part of the soundtrack for the 2004 Korean film "How to Keep My Love". Over 30 songs were mixed in the production process.

The remixed English version of the song, in its side Japanese remix album ZBAM was released in 2005, & was later used as a song in a television commercial featuring famous soccer star David Beckham. In three weeks, "Sweety" charted #10 in Tokyo J-Wave 'Tokio Hot 100', and #7 in Zip FM Radio chart. Fantastic Plastic Machine praised Clazziquai as a new group to lead the "Hallyu".

In summer of 2005, Clazziquai's "Be My Love" and "She Is", were featured in the Korean hit television drama, My Lovely Samsoon. These two major theme songs also raised the series' ratings up 50%. Clazziquai had hoped then that people's imagination towards their music would not 'decrease as a result of their unexpected popularity'.

In 2005, Clazziquai released their second album claiming it had a "raw, funkier feel presenting a combination of electronic music and [an] emphasized acoustic genre".

In one week, Clazziquai's second album charted #3 in the Kyobo Hot track list, as well as #5 in the Hanter Album chart list.

In 2007, "Lover Boy" was released for Clazziquai's third album, followed by "Last Tango". As Alex's fame grew after becoming a main cast member for the popular Korean reality TV show We Got Married, so did the track "Romeo N Juliet", which was prominently featured in the series. A Remix album, Robotica, was released later in the year.

After the album's release, the members of Clazziquai grew busy with their own work, which started false rumors that Clazziquai could be disbanding. Alex released his first solo album My Vintage Romance while Horan joined an acoustic music project group titled "Ibadi" as their main vocalist, and released their debut album "Story of Us".

In early 2009, Clazziquai released "Wizard of Oz" as part of a commercial for LG, claiming it would be part of the album later in the year. Their fourth album, Mucho Punk was released alongside a single release of "Love Again", which features Asian-American fashion model Jarah Mariano. 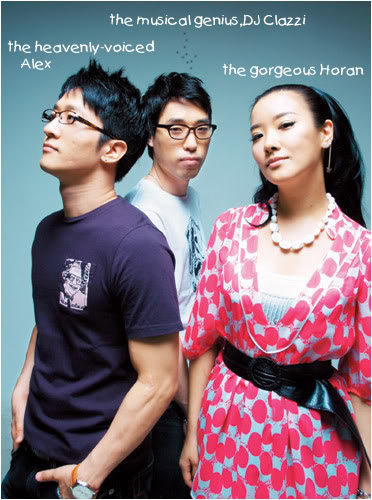