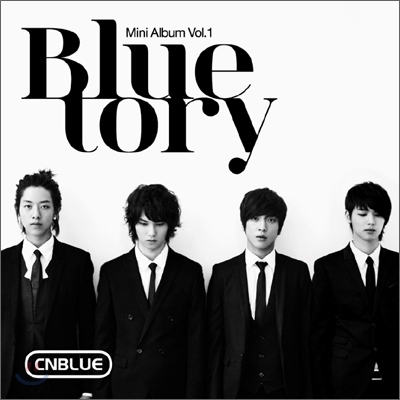 C.N.Blue, Code Name Blue, is a South Korean indie rock band which debuted on August 19, 2009 in Japan with their first mini-album, Now or Never. They were coined as the "2nd FT Island" due to similar style and sound but mainly because they are under the same company as their senior FT Island. The group released four teasers for their 1st album Bluetory, starring one member per each of the videos in the sequence of Jonghyun, Minhyuk, Jungshin and lastly, Yonghwa on the 6th, 8th, 11th and 13th of January respectively. On the 12th of January, the music video of the title track "I'm a Loner" was released.

Around June 2009, C.N.BLUE began making street performances and performing gigs in live clubs in Japan. They made their formal debut as an indie band in Japan with their all-English tracks first mini-album, Now or Never on August 19, 2009. On November 25, 2009, the band released their second mini-album, called Voice, in Japan. The title track was recorded in Japanese while the rest are entirely in English.

It was announced on the band's official blog site on February 1, that they are going to be holding a one-man live show on March 20 in celebration of the release of their first album, titled, ThankU . A preview of their title track "a.ri.ga.tou" was posted on their official MySpace in late February.

The day before their official debut, they held their first fan showcase to a large group of fans. On the January 14, the band released their debut mini-album and took the number one spot on the Mnet real time charts and second spot on the Hanteo charts. They are the only rookie group to do so in 2010, beating out fellow rookies, ZE:A and F.Cuz. The group made their live debut stage at KBS Music Bank on the January 15. They took the #1 spot on album sales charts and all music charts five days into their debut.

On January 29's episode of Music Bank, the group won their first K-Chart with their hit song, "I'm a Loner." They then won their first Mutizen award on SBS Inkigayo on the 31st.

In April, the band's official fanclub was named BOICE, which is a combination of Blue and Voice. In early May, FNC Music announced that the band will be coming back with their second mini-album on May 19, 2010. The title of the album was titled Bluelove and a track composed by Yonghwa, "Love Light" was unveiled on May 10th. 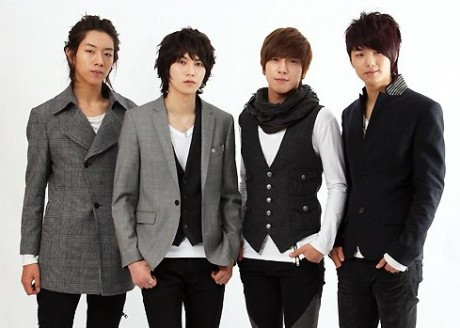 In October 2009, Yonghwa made his acting debut as Kang Shinwoo in the successful Korean idol-drama, You're Beautiful.

Jonghyun was the former leader of the group. However, the title was switched to Yonghwa around the same time they debuted in Korea. When he was four years old, he moved to Japan with his parents and stayed for four years. He graduated from high school on February 2010.

On October 17, 2009, drummer Min Hyuk posted a blog entry on their official Japanese blog site, stating that they will be recording with a new bassist named Jung Shin. Bassist Kwon Kwang Jin left the band with no official statement as of yet.


Starting from January 2010, the band was featured in "Making the Artist" on GomTV.
Their first reality TV show by Mnet, titled, "CNBLUETORY" made its debut on February 10.