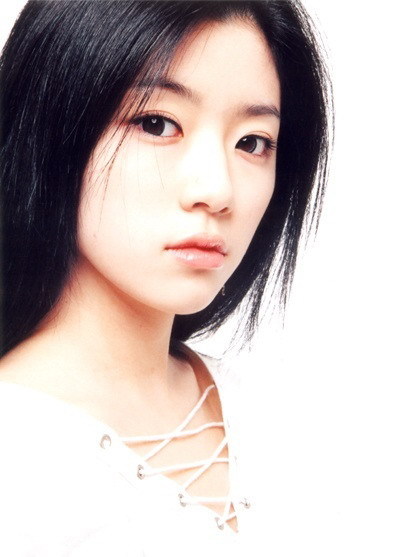 Kim Go-Eun (better known by her stage name of (Byul, "star"), is a South Korean singer known mostly for her ballads. She was born on October 22, 1983 in Seosan, South Chungcheong and studied in Dongduk Women's University. She was discovered by singer-songwriter Park Jin Young when she had the opportunity to sing for him at one of his fan-meetings, and is currently signed to his talent agency, JYP Entertainment.

Byul's first album was released in 2002, with the interestingly-titled single "December 32nd" marking her debut in the entertainment industry. A song of waiting for a lost love (who promised he would be back before the end of the year), it became very popular (as it was released in December of that year). The subsequent singles from the album, though, did not achieve much popularity and Byul took a break from the music scene.

After taking one-year hiatus for vocal training, Byul released her eponymous second album, in March 2005. Her first and only single from the album was a duet with ballad singer Na Yoon Kwon. Both the album and the single initially sold poorly. The song "I Think I Love You", however, was later used as the theme song for the Korean television drama Full House. The album enjoyed modest success when the drama became a hit domestically and internationally, and Byul's first two albums were subsequently released in China.

The following year, Byul released her third album while also revealing a dramatic makeover, resulting in many rumours of extensive plastic surgery. However, the title song (literally Lachrymal Glands) was very popular, thus extending Byul's career. A followup single ("Cupid") was released, but it was promoted for a short amount of time, and Byul soon went on a break. She re-emerged in November to release a digital single, with the title or Water Balloons (After December 32), alluding to her debut song, thus making it a sequel song of sorts.

In April 2007, she then released her fourth album, entitled Her Story. In 2008, she released a best-of album, The Best, with the lead single "A Glass." The album also includes a duet with Rain entitled "How I Love You," as well as "Feeling Good Today" featuring MC Mong and a duet with Na Yun-kwon entitled "How Are You."

It was announced at the end of January 2009 that Primary, her fifth album, would be released the following month. Teaser posters were distributed in 7-11 stores.