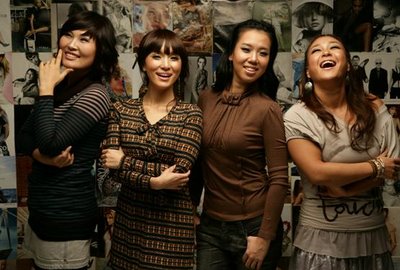 Known for their powerful voices rather than appearances, they attracted a lot of attention (and album sales) because of their vocal talent and of their refusal to conform to the typical Korean female body type. They highlighted this in their first music video (for Break Away, their first single), where four thin, pretty Korean women are shown performing on a stage but are then revealed to be lipsynchers; the actual members are behind the stage singing passionately. This strong single catapulted the group into the top of the music charts, with their album selling over 100,000 copies. Sales were strong for their second album as well, although it did not have the staying power of Big Mama's first album. Their first holiday album (which are rarely released in the Korean pop industry), was critically acclaimed, and sales were strong (considering the time-limited nature of the album). 2006 saw the release of their third album For the People, along with their second holiday album For the Christmas, but both have sold less than previous releases. In March, 2007, Big Mama has moved from M-Boat and YG Entertainment to Manwalldang