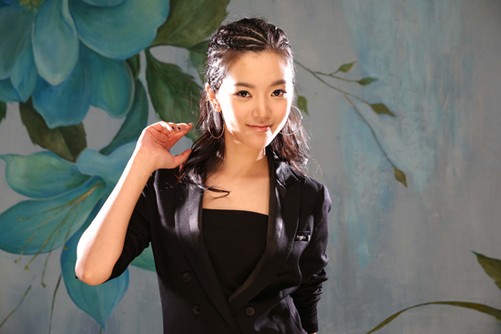 Bae Seul-Ki (born September 27, 1986) is a K-pop singer. She first appeared as a member of The Red, but has since become a solo singer.

Her family consists of her parents and two younger siblings (brother and sister). Bae Seul Ki's religious affilitation is Catholic.

Bae Seul-Ki is a South Korean pop singer. Educated at Sangmyong University in the areas of drama and cinematography, Bae first debuted in the fall of 2005 as part of the project group The (The Red) with actresses Oh Seung-Eun and Ju So-Young, which allowed her to gain stage experience and fame before her solo debut. Appearing on many variety shows, she became an Internet sensation when she showed her (bokko meaning "old school") dance on SBS's Love Letter.

After the group split in early 2006 (as it was a "project group", used for introducing new singers), the record company felt that Bae Seul-Ki could handle being a solo singer. They quickly prepared a digital single, with a full album following in the fall of 2006. The first single from the album, (Ganghan Yujah, meaning "Strong Woman"), had Carlos from the Korean rap group Uptown and featured Bae with many B-boys in a heavily choreographed breakdancing routine. However, this single was quickly abandoned after a few weeks in favor of (Malgwalyangee, meaning "Tomboy" or "Sassy Girl"), a song with a cute, light feel. It was more in line with popular taste, as similar songs like "Cutie Honey" by Ahyoomee (from Sugar) and "Love Me Love Me" from Lee Ji Hye (formerly of S#arp) were doing well. This song managed to perform well on the Korean music charts, and the music video also became number one for three weeks.[citation needed] In addition to promoting her single, she has also assisted Eru's performances of his second album comeback single, (Ggaman Angkyung, "Black Glasses").

With the success of "Tomboy", her record company quickly released her second digital single in December 2006. Her title single "One by One" featured her in a snowy backdrop to suit the Christmas mood. The lyrics of this song were also written by her. She has since started to promote this single on the various music programs. She also did a duet with Glass Box on a charity album called "Mind Bridge".

In May 2007, Bae Seul-Ki made a guest appearance in Banana Girls Music Video "Chocolate" alongside other stars like Kan Mi Youn.

Returning with a new image after the success of "Strong Woman" and "Tomboy", Bae Seul Ki released her second album on October 8, 2007, titled "Flying". Because of the popularity of her first album, she has come back with an entirely new image and worked with Korea's famous music producers to make this album.

The title track, "Seul Ki Say" was based on a vocal dance track. This is a departure from her previous sweet and cute image and was written to show off her singing skills. The music video for "What Is Love Like" was partly filmed in Beijing, China due to her large fan base there.

On October 12, she performed her title track for the first time on KBS Music Bank Comeback Special. With a more mature and sophisticated image, her performance slanted towards the "rock" side and surprised many of her fans. Soon after, her Comeback Special became number one on the search engine and this marked the start of her promotional activities.

After ending the promotion of her album, Bae Seul Ki has moved on to hosting. In April 2007, she began hosting a music programme on KM TV called POP, which introduces popular foreign music to Korean fans. In April, she also hosted MBC's Music Show with Brian Joo from Fly to the Sky , acting as a guest MC in place of Kim Hyun Joong from SS501.

Bae Seul-Ki has announced that she is acting in a new drama, "Groove Party" of more commonly known as "Hot Dance World". It is a China-Korea collaboration. It has started filming in May 2007 in China and plans to be broadcasted in China, Taiwan, Hong Kong and South Korea in September. When she arrived on Shanghai in mid-May, more than 300 fans arrived at the airport to welcome her, and at the same time showering her with many gifts.

As of August 2007, Bae Seul-Ki has become the spokesperson for Korea's Eyainteractive Company's MMORPG (Online Game) "Luna Online". The reason she was chosen was because of her similarity to the character's liveliness and cuteness. 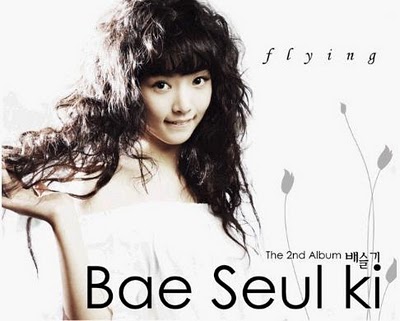 1st One For Love