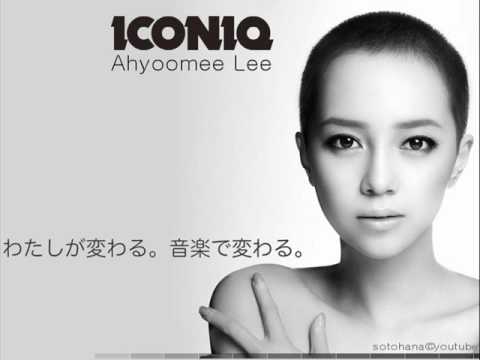 Ahyoomee or Ayumi Lee or ICONIQ (born Ayumi Ito (Ito Ayumi) August 25, 1984,, from former Korean girl-group Sugar, was born as the third generation Korean resident and raised in Japan for much of her younger life and is the reason for her Japanese accent, although she is now fluent in both languages. Although Ayumi's name is commonly believed to be Japanese in origin, she has explained that her name is hanja-based. She has also attended Korea Kent Foreign School. Lee is currently in a relationship with Sanfrecce Hiroshima football player, Tadanari Lee.

Ayumi stated on the 66th episode of SBS's Xman that she was discovered at a H.O.T. concert. The singer debuted in 2002 as part of the girl group Sugar, contributing to their 3 Korean and 2 Japanese albums. She has recently branched out as a solo artist, releasing two digital singles. The first, a cover of the theme song for Cutie Honey (also covered by Kumi Koda), came out on July 13, 2006 with a lot of fanfare, as Ayumi was criticized for her heavy accent and the overall Japanese feel of performances on the various Korean music shows. Her second digital single, "Jalmotdwen Mannam" ("Wrongful Meeting") was released on November 7, 2006, and is a cover of Kim Gun Mo's hit from 1995. She switched labels in early 2007, moving to SM Entertainment.

She released her debut Japanese single, "I'm Lovin' You" on December 9, 2009 under her new alias, ICONIQ.