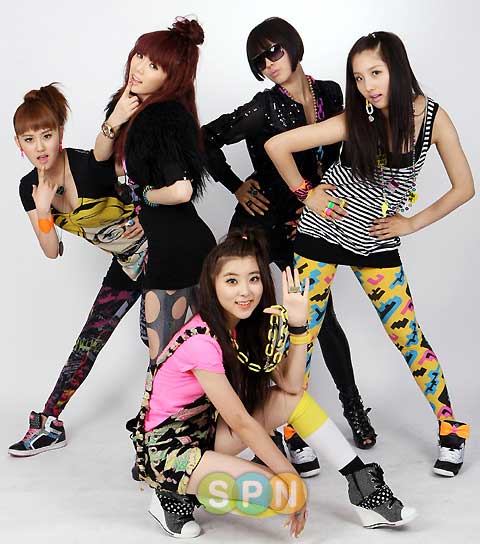 4Minute was announced in May 2009, along with two of the group's members, Kim Hyun Ah and Nam Ji Hyun. Although Ji Hyun is known as the leader, many singing parts and centered dancing roles belong to HyunA (who is a former member of Wonder Girls) On June 11, 2009, the silhouette teaser video was released online, along with their official website.

The remaining three members' identities were kept secret until June 12. On June 15, 2009, their debut single "Hot Issue" was released along with another teaser video and the profiles for each group member. Within hours of the song release, it quickly climbed onto top five within various digital music charts such as Cyworld, Bugs, Soribada, and Mnet. 4minute had their debut performances on June 1821 with "Hot Issue" on Mnet's "M!Countdown", "KBS's Music Bank", "MBC's Music Core" and SBS's Popular Song. They won the digital music award "Rookie Of The Month" for June and August. 4minute won their first ever number one award on Inkigayo, on September 27 and on M!Countdown, on October 1. 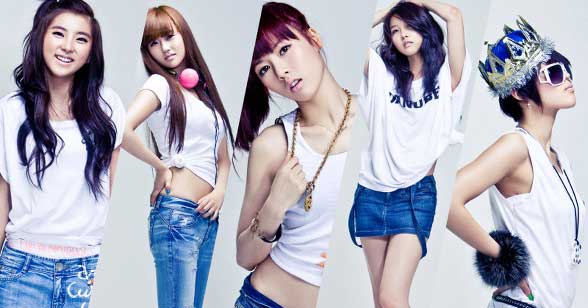 On June 21, 2009, after the first week of "Hot Issue" promotions, fans stole various items from the group's van, including clothing and other items. Cube Entertainment said it was very unfortunate that such an ordeal occurred.

On August 27, 2009, Korean broadcaster KBS banned playing of the 4minute song "Won't Give" for what they considered to be overly sexual lyrical content. The lyrics in question, in the style of a first-person narrative, express an unwillingness on the part of the subject to "give" herself or her heart to her partner. Cube Entertainment responded to the ban by stating that the song was intended to be "about the pure feelings of a girl to a guy" and that they were "very disappointed" by the decision.

Cube Entertainment had released a teaser for their first single "Hot Issue" on June 10 and debuted on June 18 continuing promotions till August. In the end of August, 4Minute released a mini-album called For Muzik which was alongside their second single, "Muzik". Their third single is "What A Girl Wants."

Each song they have released has focused on one member of the group. "Hot Issue" focused on Hyuna, "Muzik" focused on Jiyoon and "What A Girl Wants" focused on Gayoon.

It was later announced by Cube Entertainment that Universal Music Group would be assisting Beast and 4minute with international launches of their albums.

They went on their Asia Tour that started last January and went to countries such as Taiwan, Philippines, Thailand, Hong Kong, and Japan and has been successful so far with many fans supporting them and even landing on the top of the music charts in some of the countries. It was announced that 4minute will debut in Japan this May and under Universal Music Japan and also a Japanese version for their hit song Muzik. Their special repackage album for Japan will be available on May 5, 2010. It was also announced that they will continue with their Asia Tour going to such countries like Singapore, Malaysia, and Indonesia. They have recorded a remix with American artist Amerie for her song 'Heard 'Em All' to be released on the Asian version of her fourth album. On April 23, 2010 a new repackaged album of 4minute will be sold in Taiwan adding in the solo debut song of Hyuna "Change" and their duet song with Amerie and as well as a bonus DVD of their concert in Taiwan. 4minute will also have a new show on MTV entitled MTV Metafriends made by MTV and Bing Metacone or Metacone Ice Cream which they will also endorse.

4minute's repackaged album for asia FOR MUZIK, FOR ASIA ranked high in Taiwan and Hong Kong upon it's release reaching the no.2 spot for album sales charts.

4minute officially debuted in JAPAN last MAY 5,2010 with their song "MUZIK" in Japanese Version, entering the prestigious ORICON CHARTS at no.38 same day the album was released and rose up at NO.16 the same day.

"MUZIK" is currently at NO.12 on the ORICON CHARTS.

A new music video was filmed for the Japanese Version of MUZIK and was released on MAY 7,2010.

They will be having their 1st solo concert in Japan on MAY 8,2010 wherein CUBE Entertainment announced that the concert is already sold in short period of time and that they are very overwhelmed with the amount of attention the girls have recieved and it was more than they expected.It was also said that each of the member will have a solo performance on the concert and Hyuna will also perform her smash hit "CHANGE" for the 1st time overseas.For their 1st solo concert in Japan they performed in front of 4000 fans and also receiving good response from them and also from the media. When they had their press conference reporters from 50 media stations were there for 4minute including Asahi TV, TBS, NTV, and etc.

4MINUTE's comeback in KOREA with a new album will be at the end of month as they are wrapping up and polishing the new things for their new album. 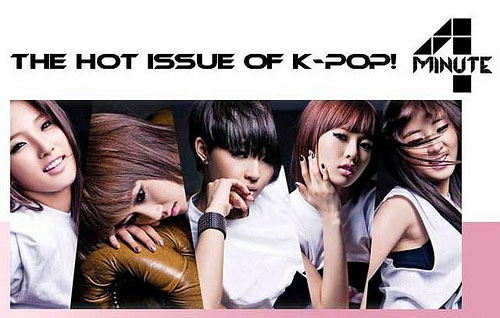