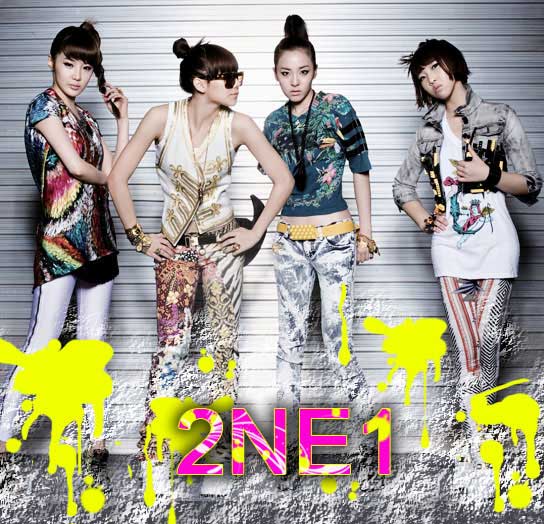 This all girl group shot to the top of the charts with the release of their very first single, Lollipop, which they recorded with Big Bang. From the moment it was released, the music video for Lollipop was one of the top searches on the Korean portals. Their next single, Fire, followed soon after, and this too occupied the top slot on many of the music website charts.

2NE1, which consists of CL, Park Bom, Park Sandara, and Kong Min-ji, is known for their splendid vocal performances, stylish fashions, and the reggae rhythms and hip hop, which feature in their songs. Unlike many Korean girl groups, these girls do not have a cute or sexy style. Instead, the four members with their strong hip hop raps and bold lyrics are the epitome of a tough female group, and this makes them popular among both male and female fans. They are emerging as one of the top female groups in Korea.

The name of the group reads as the number 21, pronounced rapidly as "twenty-one". The NE is an abbreviation of New Evolution, so the group name means "New Evolution of the 21st Century".


CL (real name Lee, Chae-rin) is the leader of 2NE1. Ever since elementary school, she dreamed of becoming a singer. At age 13, she was introduced to YG Entertainment, and she started her training with them in 2006. At the end of 2007, She performed a fabulous live rap performance at SBS Gayodaejeon (End of Year music festival), which all the members of the YG Entertainment family took part in. In 2008, people began to notice her talent when she was featured rapping in Uhm Jung Hwa's song DJ. She is a fan of strong female musicians like Madonna and Lady Gaga. Fans can expect powerful stage performances from CL.


Park Bom studied for 10 years in the United States before returning to Korea to begin a singing career. In 2006, she appeared in a music video style commercial for Anystar with Korean superstar Lee Hyo Ri. In the commercial, she starred as a young girl who dreams of becoming a star and ends up going on stage as a replacement for Lee Hyo Ri. She later featured in Big Bang's album and appeared on stage with the group several times before she was picked us a member of 2NE1. Park Bom's unique voice has earned her many fans. 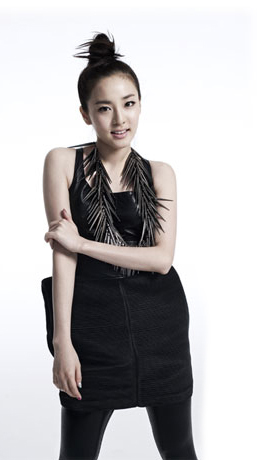 
Park Sandara immigrated to the Philippines when she was in the fifth grade of elementary school and lived there for 10 years. In 2004, she made an appearance on the Philippines' ABS channel's star program and became so popular that she was called the BoA of the Philippines, generating a lot of interest among netizens. She appeared with Big Bang's T.O.P in Gummy's I'm Sorry music video. She is known for her appealing looks and charming personality.


The granddaughter of the sister of Kong Ok-jin, a famous Korean traditional dancer, Kong Min-ji has an exceptional talent. Even as a child she really loved to dance, and after winning her first dance competition in Gwangju, she went on to sweep the awards at all major dance competitions over the next few years. She likes artists with powerful vocals who give strong performances like Rihanna and Fergie from the Black Eyed Peas. She is a key member of 2NE1 and hopes to become known as the dance queen.