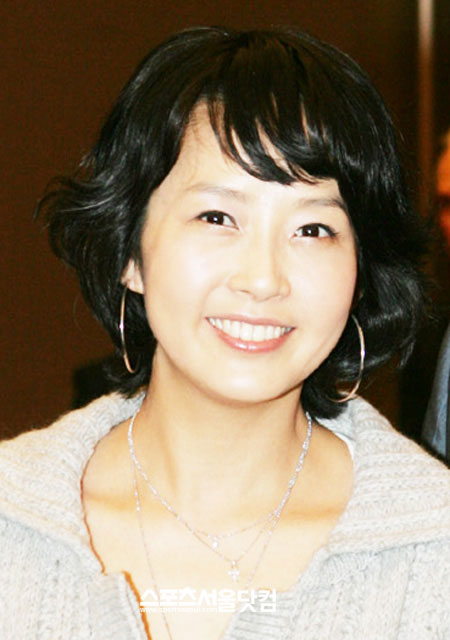 Choi Jin-sil (December 24, 1968 - October 2, 2008) was a South Korean actress and model. She was considered one of the best actresses in South Korea, nicknamed "The Nation's Actress". On October 2, 2008, Choi was found dead at her home, and the police chief stated that it was "a clear case of suicide". It has been speculated that negative comments by Korean netizens and rumors regarding her lending money to Ahn Jae-hwan contributed to Choi's depressed state.

Choi Jin-sil was born as the first child to her parents Choi Guk-hyeon and Jeong Ok-sun in Seoul, South Korea on December 24, 1968. She had a younger brother, Choi Jin-yeong who is also an actor as well as a singer. Choi Jae-seong, star in 1980s and early 90s is her cousin on paternal side. Her family was so poor that her mother once managed the household by running a pojangmacha (a small street stall selling foods). She dreamed of becoming a star to survive from the poverty. She confessed in talk shows her nickname during her school days was "Choisujebi" because she used to eat sujebi (a dumpling soup) everyday instead of ordinary meals due to the home environment. Although Choi later became a high-paid model and actress, she was known for frugality, so she was honored by the South Korea president as "King of Savings".

After graduation from Seonil Girls' High School, Choi debuted as a TV actress starring in the MBC historical drama, 500 Years of Joseon Dynasty. In the following year, she began to gain stardom by starring in a advertising campaign for Samsung Electronics in which she acted as a newly wedded housewife. After several experiences in TV dramas as a supporting actress, and Choi was cast as leading roles in the MBC drama Our Paradise and in the movie titled Partisans of South Korea.

In contrast with her successful career, Choi Jin-sil had suffered a series of misfortunes in her personal life. In 1994, her former manager Bae Byeong-su, who was an influential figure in the entertainment field, was murdered by her road manager, Jeon Yong-cheol. The incident shocked the Korean public.

Her marriage and divorce with baseball player Jo Seong-min received widespread attention in South Korea. The marriage was once referred to as "the century's union" because both were prominent in their respective fields. Jo, who was a professional baseball player with the Yomiuri Giants of Japan, is 5 years younger than Choi; he said that he had been a big fan of Choi Jin-sil for a long time. After first meeting on a television show in 1998, they then built up a close friendship and eventually became lovers. According to Jo, when he was in a recovery program for his injured elbow, she was of great assistance to him.

However, their marriage officially ended in 2004 after Jo Seong-min's adultery, domestic violence against Choi, and debts were revealed to the public in 2002. At that time, Choi was pregnant with their second child and accused her husband of having an affair with Ms. Sim during the marriage, who was a bar owner. Jo also physically attacked Choi, who was then admitted to a hospital to receive treatment. Jo claimed that Ms. Sim was just a business partner and he had no sexual relationship with her. However, he secretly married Ms. Sim without a wedding ceremony, 10 months after the final settlement of the divorce.

The fact was reported 2 years after the marriage and he did not notify his family. Choi Jin-sil was said to have expressed shock over the marriage.[21] She had a son and daughter by him and took the parental rights and child custody over the children in the condition to exempt Jo's debt to her mother and brother, which totalled 180,000,000 won, as well as to drop the charges against her husband. He could only visit his children twice per month according to the mutual agreement. According to the South Korean family register, her children changed their family name from "Jo" (Choi's former husband's family name) to "Choi".

Choi was found dead after an apparent suicide at her home early morning on October 2, 2008 at the age of 39. Before her sudden death, rumors circulated in the Korean press concerning Choi and her alleged relations with actor Ahn Jae-hwan, who committed suicide in early September 2008. Ahn killed himself after incurring a large sum of debt following trouble with his business projects, sending a shock wave through Korea's entertainment circles.

In 2007 he married Chung Sun-hee, an entertainer, in a high-profile ceremony, but signs of trouble began to show when Chung made a remark on her own radio show, prompting widespread public outcry which hurt Ahn and Chung's joint business. Ahn is now speculated to have left a huge debt resulting from his troubled business projects, and some of the money is said to come from loan sharks. Chung Sun-hee and Choi Jin-sil had been close friends, and when the news of Ahn's death hit the nation, Choi appeared deeply shaken at the funeral.

Shortly after the funeral, a rumor surfaced, claiming that Choi lent money to the late Ahn. Choi flatly denied this and police subsequently arrested a suspect who had allegedly started the rumor. On October 1, the night before her death, Choi had a drink with her manager, went home and locked herself in a bathroom, asking her mother to go to sleep. She was found next morning by her mother with pressure bandages around her neck tied to a shower stall. Her brother Choi Jin-young was called in, who called the police at 7:34 a.m. local time. Just before her death, it was reported that Choi sent a text message to one of her colleagues and expressed her wish that her two children should be taken care of.

When the news of her death was reported in major daily newspapers and broadcasts, hundreds of reporters rushed to Choi's house in Seocho-gu, Seoul, and started to cover the event, while major portal web sites such as Naver.com blocked online users from leaving replies for articles concerning Choi, for fear that some users might leave malicious comments. Choi is known to have suffered greatly due to some negative comments and rumors on the internet shortly after Ahn Jae-hwan committed suicide because she was a close friend of Ahn's wife, Chung Sun-hee.

Choi's family members initially objected to the Korean police administration's decision that an autopsy was required but her body was ultimately released. In response to her death, the South Korean government has begun a legal push to regulate Internet postings by Netizens. The government has identified over 2,000 people who may be prosecuted under the new cyber law.