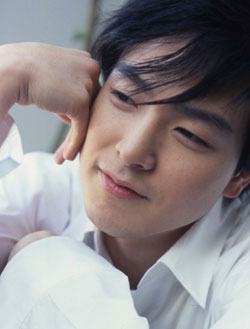 Park Yong-ha is a Korean actor and singer. He was born on August 12, 1977. At seventeen, Park was noted for his acting and musical skills, as well as his good looks which earned him popularity among fans. Park has also co-starred in Winter Sonata with Bae Yong Joon and Choi Ji-woo as Sang-hyuk.

As a singer, Park is the "mysterious" voice behind Just For Yesterday, the hit theme song of this year's K-drama "All In", which starred Lee Byung Hun and Song Hye Kyo.

Also his new album, title is not determined yet, will be released on November 2008.

He is now acting in the new movie which is "Jackjeon" as Hyun-soo Gang. This new Movie will be released in 2009.