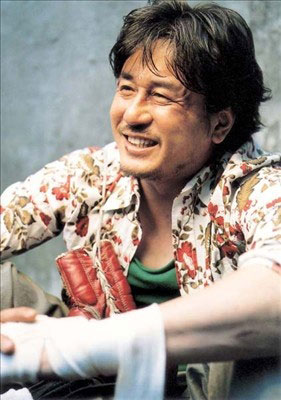 Choi Min-sik is a South Korean actor. He was born on April 27, 1962 in Seoul, South Korea. Along with Song Kang-Ho, he is one of the premiere Korean actors both domestically and on the global scene. Choi started his career as a theatrical actor before adding in film roles, first with parts in Park Jong-won's films Kuro Arirang and Our Twisted Hero and later in the nineties by appearing as a police investigator in No. 3 and as a North Korean agent in Korea's most successful film ever at that point, Shiri.

In the 2000's, aided by the success of Shiri, Choi continued to get versatile lead roles first as a gangster in Failan and then as a nineteenth-century painter in Chihwaseon. In 2003, he took on the role that garnered him international attention as revenge-seeking Oh Dae-su in Oldboy.

At various points during 2006 Choi (and several other Korean filmmakers, though separately from Choi) demonstrated in Seoul and at the Cannes Film Festival against the Korean decision to reduce the Film Quota from 146 to 73 days.