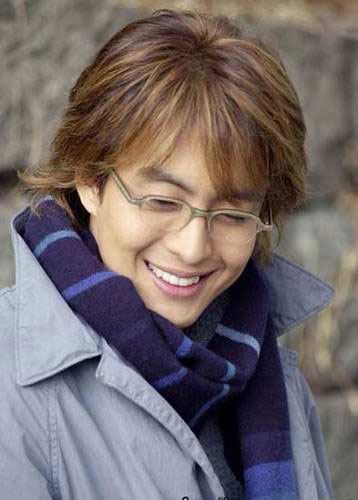 Bae Yong Joon (born August 29, 1972 in Seoul, South Korea), is a South Korean actor best known for his roles in numerous television dramas. He is also known as the abbreviated BYJ to many of his fans, or as Yon-sama (???), with the "sama" being an honorific suffix in Japanese.

Bae went onto his film debut in PpilKu in 1994. He later went on to star in dramas like "Salut D'Amour" and "Six Steps to Separation" in late 1994 and 1995 respectively.

He first garnered critical acclaim after appearing in a supporting role on Sunny Place of the Young, where he played the role of the heir to a cosmetics company and best friend of the leading actor, played by Lee Jong Won. Through this role, Bae first gained his now-famous 'regal' image. His next acclaimed role was in First Love, where he played the role of Chan-woo, a smart, young man with checkered past, who drops out of law school to join a gang to seek revenge for his family's misfortunes.

After 1999, Bae decided to step away from acting to focus on his education at Sung Kyun Kwan University, where he majored in film studies.

In 2001, he returned to the small screen, appearing in Hotelier. At this time, Bae decided to let his hair grow long, as evidenced from photographs posted in fan sites.

Bae became world-famous as his next dramatic role, "Winter Sonata," despite the fact that it was a TV drama and not a movie, razed all of Japan with as much as 20% of the country watching it. This popularity gave both Bae and his co-star Choi Ji-woo a chance to shift their main stage from Korea to Japan. Other Korean movies and dramas also became quite popular following the Winter Sonata craze. Bae's role as Kang Jun-sang in Winter Sonata made him the main spotlight of the Korean Wave.

Bae also managed to get a deeper foothold into the Japanese and Southeast Asian market after he starred in the movie Untold Scandal as Jo Won.