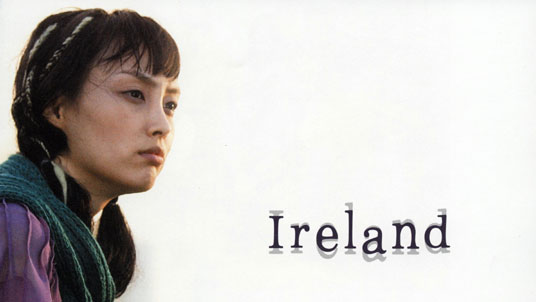 A westernized Irish adoptee, Joong-A inevitably flies back to Korea to confront her past and to see the country she is really from, only to fall in love with her brother, Jae-Bok. Their love is painful, as they are never meant to be together as lovers, but merely as brother and sister. The show’s message is that there is no such thing as noble innocent love and that love is adversity itself. Therefore, love mustn’t be impeded by so-called “destiny” or family, no matter how ironic or difficult the case may seem. Although destiny is cruel and arduous, the two young lovers radiate pure happiness. The show describes how love survives the tragic bondage of family, destiny and romance.

Irish name Georgia Shaw, an intelligent medical intern who was adopted by an Irish family at the age of three, has a hippie-like eccentric personality. Interestingly, she tends to cook Korean food while in a good mood, and Irish food while in a bad mood. Having been completely accepted into the family, despite her ethnicity, she leads a peaceful life both in the United States and in Ireland. Her adopting family protected her at all times, even in politically unstable Northern Ireland. Due to her Irish brother's serious involvement with the IRA, the family that adopted her is attacked and tragically destroyed. In order to save herself, Joong-A is forced to turn her back on her family and leave. Filled with guilt, she later laments and grieves this fact at family's graves. She felt then that she was no longer a doctor, nor a Shaw, believing that she brought the tragedy on all by herself. At the end of her emotional drift, she becomes determined to fly back to Korea, only to fall in love with two men with quite opposite characters. First, there is Kang Kook, a bodyguard who is always there for her, but whom she doesn't love passionately. Her real passion is for Jae-Bok, a drifter she saves by giving mouth-to-mouth resuscitation to as he was choking on the street.

A drifter with no sense of fashion or morality, talks much but does little. His mother has remarried and his younger sister was adopted to an Irish family. Although helplessly thoughtless and reckless, there are two things that truly make him genuine and sincere; his mother and his sister. He believes that his life doesn't matter if his mother is happy. With his extraordinary skill with women, he meets a young actress named "Shihyun" and freeloads off of her. While she's out filming, he does the dishes and when she's home, he gives her a good massage. But he often loses his temper and breaks things, cursing and yelling. One day, a girl saves him by giving him mouth-to-mouth resuscitation. He first starts coming on to her, but eventually he falls in love with her. He is amazed to realize how one can feel ashamed and in turn change through the influence of another person. His hearts starts aching because of Joong-A. He wants to change and become someone important in her life. He impulsively takes a job at a musical instrument manufacturing company but soon gets bored and quits. He then encounters Kang Kook, not realizing that he is Joong-A's husband, and with Kang's influence begins training as a bodyguard. The friendship between Jae-Bok and Kang Kook grows despite their opposite personalities.

A young erotic movie actor who used to be a potential childhood actor. A bit of a scatterbrain, but strong and full of energy. Her family had a good living and never worried about money until she finished middle school when her father's business went under. Since her family never had to work, her father's failure left her mother and her little sisters clueless. Siyeon, the strongest daughter, works for a small erotic movie production company to support her family. Confident with her perfectly gorgeous body, she aspires to be in a really successful movie someday. She is currently living with her older boyfriend Jae-Bok, a drifter who knows about life and knows how to make her happy. He never loses fights and is excellent in bed. One day at a movie premier, she bumps into a silent bodyguard, Kang Kook, a type of a guy whom she would generally never show a bit of interest. Kang mistakes her for the famous movie star he is to protect and later, when he finds out that Siyeon is only wearing the same dress as the star, he mistakes her for a stalker. They keep bumping into each other here and there. Over time she develops feelings for him.

A handsome bodyguard who doesn't say much but always says the right thing. A survivor of a car accident on a family picnic when he was a little boy. His father's old friend, a former reverend and an artist raised Kang since then. Kang grew up enjoying martial arts and painting. He wanted to be an artist but was convinced that art was a tough way to make a living. Ironically, his job ended up being tougher than any other job; he became a bodyguard. He wants to protect Joong-A, a hurtful soul who suffers from a mental illness. He may in fact need her to suffer and depend on him so he can be a huge part of her life. Taking pleasure in helping others, he is a bodyguard in his love life, too. He was the happiest when Joong-A bandaged his wound after an accident. The way they love is to share each other's pain. One day while doing his job trying to protect a famous actor he bumps into the unsuccessful erotic movie actor Siyeon. She hits him repeatedly in the face after she is knocked over by him, yelling and vowing that one day he will be hired as HER bodyguard. Funny girl, he thinks. As they keep bumping into each other, he is attracted to her strong personality and falls in love with her. When she is around, he is no longer quiet. He even reads lines of an erotic movie for her. It's awkward at first, but he finds a way to have fun with it. Realizing that she truly makes him happy, he begins to enjoy being with her.