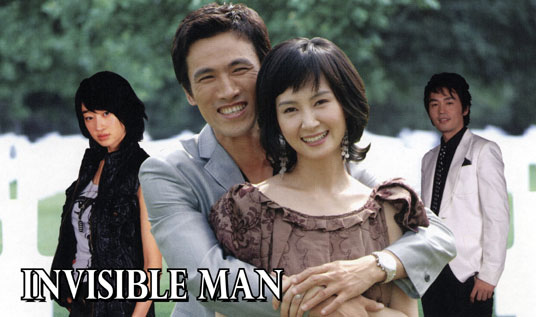 This drama stands apart from previous dramas by reminding viewers of the importance of strong family ties through its main character, an Alzheimer’s-stricken detective Choi Jang-soo. Jang-soo decides to do his best to make his family happy after he learns that he has little time left to live. Portrayed by top stars, Chae Si-ra (who plays So-young) and Yoo Oh-sung (who plays Jang-soo), the main characters of the drama depict a true-to-life story of a married couple: a wife who holds several jobs to buy a home and her sly yet lovely husband. The couple goes through a challenging time when fund manager Jun-ho, who has loved So-young for a long time, and ex-criminal Hyun-soo, who loves Jang-soo, appear in their lives. The portrayals of Jun-ho by actor Cho Yun-woo and of Hyun-soo by Choi Yeo-jin are quite impressive. The drama honestly depicts the everyday reality of fathers who have no other choice but to neglect their families to earn the living and mothers who turn into stouthearted “warriors” who can do anything for the sake of their families.

Choi Jang-soo: Jang-soo has been married to So-young, whom he met in college, for ten years. They have twins: a smart daughter and a disabled son. Scared of his role as a father, Jang-soo neglects his family duties with work as a subterfuge. One day he is diagnosed with Alzheimer’s, and decides to leave only happy memories to his family before he dies.

Oh So-young: So-young met Jang-soo in college and married him despite opposition from her parents. But after the birth of their children, Jang-soo failed to keep his promise to treat her like a princess. After ten years of marriage, So-young turns into a stouthearted woman raising two kids and running several jobs to make a living. She eventually divorces her husband and receives an offer to go out with Jun-ho, who has loved her for a long time. But she is outraged to learn later that it was her husband who tried to set them up after he was diagnosed with Alzheimer's.

Ha Jun-ho: A son of a rich and renowned family, Jun-ho has it all. But only So-young refused to open her heart to him when he met her in college. He has loved her deep in his heart all his life, even though she chose Jang-soo over him. Just when he thinks of marrying Hye-jin, a daughter of rich parents, he runs into So-young by mere chance and is dazzled by her beauty once again. He decides to give up everything for her, arousing jealousy from Hye-jin.

Cho Hyun-soo: Hyun-soo ran away from home at the age of 18 and learned pocket-picking. She serves six months in prison after detective Jang-soo catches her, and ends up falling in love with him as he takes good care of her as if of his own daughter. She confesses her feelings to him after she is released from prison but she turns out to love him not as a man but as a father. Later she develops a loving relationship with policeman Woo Bo-hyun.