Ice Girl (She has come back!) 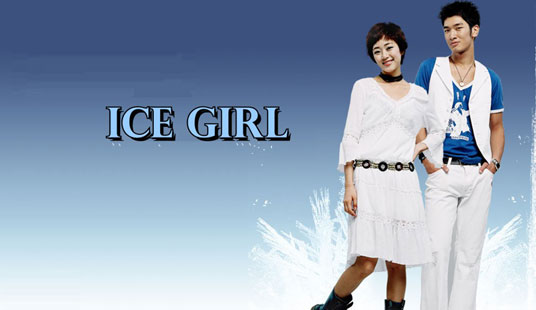 So-ryeoung is a college student in 1979 and a young actress in 2004. How is this possible? In 1979, she falls deeply in love with Ha-rok who dreams of becoming a movie director, but her father sisapproves of their marriage. She finally persuades her father to approve to Ha-rok. Devastatingly she collapes moments before the wedding after a heart attack. Her father, out of of great love for her daughter, decides to cryogenically freeze her. In 2005, she miraculously awakes to another life, totally different from what it used to be. She is not the long haired student she used to be, but a slender tomboy. By a twist of fate, she reunites with the has been movie director Ha-rok. Through his genorisity and help, she becomes an actress. Ha-rok's brief delight is abruptly ended when he finds out that she is in love with his son. And his son, who had always been there for him and nothing less than his best frriend, is now in love with So-ryeong. they quarrel but still end up living together- all together including his father, Ha-rok. He feels a special bond with her. She goes from feeling like both his mother to someone very fragile. When the past is revealed, profound sadness engulfs them all.