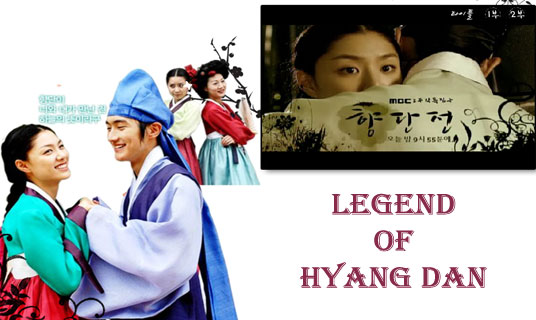 The drama is a twist to the well known classic story of The Legend of Chun Hyang. The big question revolving around this plot is what if the one that Lee Mong Ryong loves is not Chun Hyang but Hyang Dan? The drama will deliver a refreshing new comedy style.

The story of is a classic love story everyone knows about. There are more than 100 different versions that have already been discovered, but here's another surprising and rather shocking version called . It takes a different spin from the original story with the reinterpretation that it was actually Hyang-dan who loved Mong-ryong even more than Chun-hyang. The love story of Hyang-dan and Mong-ryong is depicted as they overcome their difference in social rank, deviating from the original storyline.

Hyang-dan | actress Seo Ji-hae She is the servant of Wol-mae and Chun-hyang, and is genuinely fond of the two, but becomes to face hardship as she falls in love with Mong-ryong.

Mong-ryong | actor Choi Si-won Though he's the son of Namwon's magistrate, he takes more interest in playing around than in his studies, but things change as he falls for Hyang-dan.

Wol-mae | actress Bang Eun-hee She tries to set Chun-hyang up with Mong-ryong, but takes it out on Hyang-dan when plans don't go accordingly.

Chun-hyang | actress Lee Ji-soo She's the daughter of Wol-mae and is full of herself, but isn't totally hateful. She tries hard to get married to Mong-ryong and have a good life.