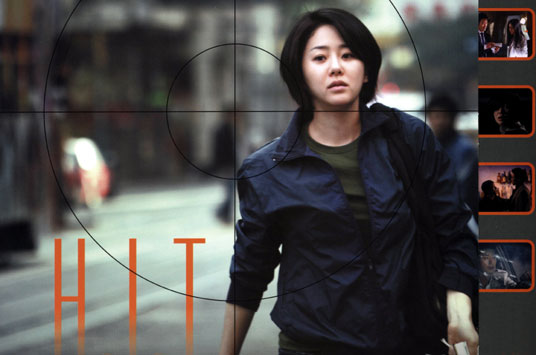 For MBC Wallpaper from this drama : http://imbc.com/broad/tv/drama/hit/wallpaper/

A love story.A story of men and women who have different values in their profession, who each go through their personal conflicts and doubts, but in the end, come to understand each other.

A drama about professionals.Previously, Korean TV series only used the characters' occupations as a mere backdrop and hardly ever dealt with the joys and sorrows of the profession.This series portrays prosecutors and police officers through the conflicts of values and their daily lives.

A story of a team.In modern society, everything happens in units of teams, families being the only exception.With many families breaking up in this day and age, teams are becoming your family outside the family.Viewers will be able to relate to the conflicts and interests among the team members and experience a catharsis from the trust and friendship that overcomes those conflicts.This is a success story of team members who overcome their differences and unite as one.

A series that challenges the stereotype.It breaks the stereotype that prosecutors are rigid and always play by the book, and only men can be homicide detectives. This series is based on a real-life prosecutor representing his new generation and the first female chief of homicide. It will deliver their challenging spirit to the viewers and satisfy their needs for something new as well as entertain through the portrayal of a life of a woman in a men's world.

A constant roller-coaster ride.On top of the romantic love affair and strong loyalty among the team members, its crime busting action will relieve the stress of viewers who are exposed to the constant danger of crimes in modern society.The carefully detailed scenes will be spectacular and entertaining..

Too busy to go home, she spends five days a week at the women's dorm in the Police Agency. Her hair is always messy and she walks around the office in sweats that has 'Seoul Police Agency' written on it in huge print. Due to her athlete's foot, she wears toe socks that even the guys refuse to be seen in. Her only hobby is playing ball with her team. She has become tougher than anybody else since she has worked and lived among rugged detectives and criminals, but no one has been to her home. D.A. Kim Jae-yoon is the first one to set foot into her house. The place is simple and neat, and surprisingly, there is a teddy bear on her bed. She did indeed have a feminine side. But the biggest surprise comes from her shoe closet. It is filled with an incredible number of high heels.She leads a life that confuses even herself on whether she's a man or a woman, but her shoes satisfy her feminine desire. Jae yoon insists that her shoeholic tendency represents her yearning of her lost femininity and the reality that blocks her from exposing her feminine side. 'Dump the toe socks and be a woman,' he pleads but she casually blows it off. She shuts him up by solving a case with her expansive knowledge of shoes. She has the ability to recreate a crime scene with the shoe prints at the scene and predicts the criminal's occupation or traits by analyzing the shape and texture of the shoe.She's a great shooter and is greatly attached to her guns. She has never had to shoot anyone yet but she's always ready for the inevitable circumstance.She believes that the gun puts her on an equal stand with men. She thinks that a woman with a gun versus a man with a gun is more equal than a woman versus a man.That's why she prefers a 38mm revolver to a 22mm.

Her beliefs: 'A cop without a sense of justice is nothing but a gangster.''Victims are not tools of investigation, they are the purpose.''Dream teams don't exist. They are created.''Justice must take place when it can or it may never will.''Han Sang-min is the only man in my life.The rest fall into three categories; colleagues, criminals or victims.'

The youngest son from a wealthy family. He is so smart that he has never failed a single test in his life. Overly optimistic to the point of being immature, he loves women, gambling, and traveling around the world.He has an extensive knowledge in music and art and whatever else he’s interested in. Because he was born with a silver spoon in his mouth, there is nothing that he wants or expects in life.He thinks the road to happiness is to have less and do less. He went to graduate school simply because he didn't want to get a job. After fulfilling his military duty as a KATUSA, he studied for the CPA and passed the test. But deciding that he didn't want to be an accountant, he studies for the judicial exam and passes. After graduating from the Judicial Research and Training Institute at the age of 30, he tries to land an easy position as a DA but ends up in the 'Organized Crime and Violent Crime Analysis Team.' However, he isn't so disappointed. The fact that they appointed a rooky DA like him to be in charge must mean that the team will last only about three months as so many other special task forces have before, or it must be a publicity stunt, or a ploy to get more budget. So it's the perfect place for someone like him who doesn’t have any sense of justice or the drive to catch criminals. He just hopes to kill time and become a lawyer when the time is right. He wishes he won't get tangled up in a difficult situation.His beliefs: 'Protector of the people? Just do your job. That will make everyone happy.''A husband who talks too much about his family often turns out to be a wife-beater and a leader who talks too much about team-work often turns out to be a bad leader.''Try not to want anything too much, whether it's love or work.Your happiness ends the moment you start to desire.''It’s better to give up as soon as you can.''Women are like bad habits. Keep them around all the time but always think about quitting.''Being a pioneer is great. But I don't have to be that person.'

He was demoted after a serial murder case that took the life of Soo-gyung's boyfriend 14 years ago. He tried to forget about the incident by being a traffic police officer but that didn't work and he opened a bar after retiring. His old colleagues and cops are his regulars. He feels guilty about Han's death and he’s compassionate towards Soo-gyung who took refuge in her work after losing her loved one. Somewhere along the line, that compassion turned to love.He hopes that Soo gyung will leave the past behind and move on but she seems to have a problem opening herself up and she still has the tendency to link any homicide case to that old case.He may have quit the force, but the reason he is lingering around by opening a bar near the agency and asks around for any information whenever there’s a murder case and collects any related information, is because he still can't let go of it either.When Jae-yoon comes into Soo-gyung's life, he doesn’t know whether to be happy or sad.He's a good bar owner who treats even the rudest customer well and is Soo-gyung's best friend who has stayed by her side for 15 years. Both of them go on dates and hook each other up with people they know but still joke around saying 'Is it considered cheating if I marry someone else?''I think so.'

Female Doctor - A doctor at the National Institute of Scientific Investigation specializing in hypnosis.

She's also a criminal analyst at the Seoul Metropolitan Police Agency's VICAT (Violent Crime Analysis Team). She analyzes crime and refreshes the suspect's or the victim’s memory with hypnosis. She also uses a lie detector when a case is assigned to VICAT.She has known Jae-yoon since they were kids as their families were close. He is her confidant as well as her crush.