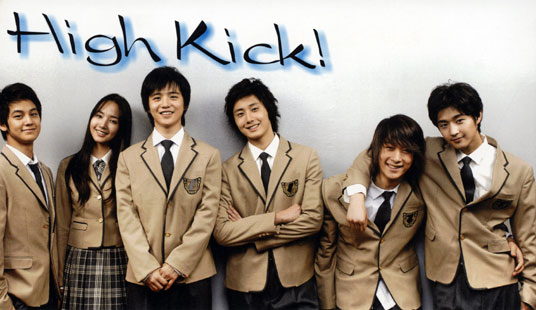 Lee Yoon-ho(Jeong Il-woo), a motorcycle mania who engages in many fights at school and is known for his high kick, and Lee Min-ho(Kim Hye-seong) who enjoys spending time on scale models and web blogs, are brothers born a year apart but attending the same class at school. These two portray completely opposite Korean teenage characters in a comical way. And of course, theres the rest of the family. Their father(Jeong Joon-ha), a full-time stock investor since being laid-off from work, nevertheless optimistic and reckless; their mother(Park Hae-mi), an oriental medicine doctor and always overly confident; their grandfather(Lee Soon-jae), who loves money more than anything in the world; their grandmother(Nah Mun-hee), who is always defeated by her daughter-in-law in ongoing status quarrels, are some of them. Their uncle Lee Min-yong(Choi Min-yong) is a 27-year-old single dad. After going through a premature marriage and early divorce, he enjoys his life back in the dating scene with his half-single and half-married status, while continuing to encounter emotionally-involved moments with his ex-wife Shin Ji(Shin Ji) at times. Smooth High Kick! is a situation comedy, which portrays the everyday lives of the main characters colliding with each other in a comical way. However, at a certain point, the surprising mysteries of their seemingly-normal surrounding characters begin to unravel one by one.