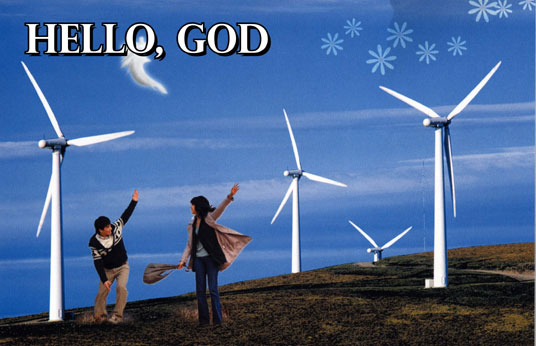 For KBS Wallpaper from this drama : http://www.kbs.co.kr/drama/hellogod/photo/wallpaper/index.html

For KBS Photo Gallery from this drama : http://www.kbs.co.kr/drama/hellogod/photo/gallery/index.html

Haru (Yoo Keon) is a mentally challenged young man with an IQ of 65 points and the emotional age of a seven-year-old. He misses his mom, who abandoned him at a bus stop after buying him a strawberry ice-cream, and dreams of becoming a bus driver so that he can go meet with his mom someday. One day, he falls in love with the swindler Eun-hye (Kim Ok-bin), who disguises herself as a teacher of mentally retarded students to avoid police. To win her heart, Haru undergoes a high-risk surgery conducted by psychosurgeon Dong-jae (Lee Jong-hyuk). The surgery ends successfully, and Haru is reborn into a genius with an IQ of 180 points. He also becomes rich and famous, but turns out that is not enough to make him happy.

Haru: A mentally challenged 27-year-old with an IQ of 65 points and emotional age of a 7-year-old. He loves to be praised by others, but nothing can console him once he gets upset. Though passionate about things he likes, he never does what he dislikes. His contagious laughter has the power to make everyone around happy.

Seo Eun-hye: Her wits and a healthy body inherited from her destitute parents is all she has. She prefers to laugh at hardships and strives to look even more confident and undaunted when feeling down and shattered.

Park Dong-jae: While looking for a hospital that would back his brain research, Dong-jae meets the director of Sky Hospital who pledges his support. At the same hospital, he also meets Haru, whose age, physical characteristics and background make him an ideal object of clinical tests.

Chang Pil-koo: Brusque and quiet, Pil-koo has an uncanny charisma and can easily subjugate any ex-criminal. In the past, he was a famous psychosurgeon.