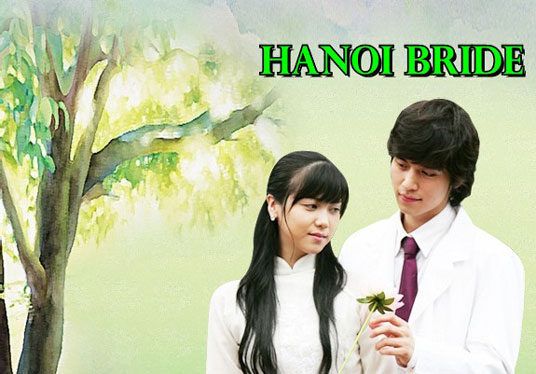 Hanoi Bride is a very special, two-part K-Drama, filmed to commemorate the 30th anniversary of the end of the Vietnam war. It tells the story of Eun Woo (Lee Dong Wook), a Korean doctor who meets and falls in love with Tib, a half-Korean, half-Vietnamese woman (played by Kim Ok Bin) whilst in Vietnam. However, Tibs sister is opposed to the match, as she was hurt by a Korean man in the past, and so persuades her Tib to break off the relationship.

Eun Woo returns to Korea broken hearted, only for his older brother Sok Woo (Lee Won Jong) to head off to Vietnam in search of a bride himself. But when he returns with a young woman on his arm, Eun Woo is horrified to discover that it is Tib!