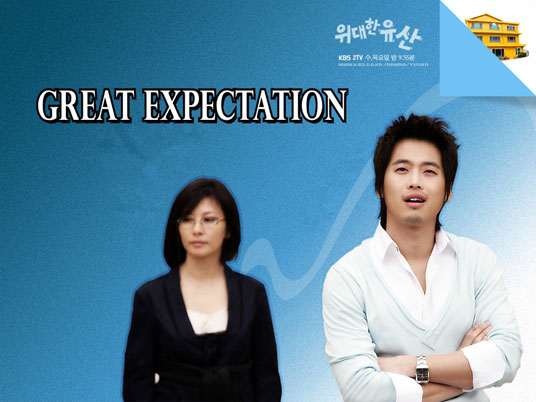 For KBS Wallpaper from this drama : http://www.kbs.co.kr/drama/yusan/img/wall/index.html

For KBS Photo Gallery from this drama : http://www.kbs.co.kr/drama/yusan/img/gallery/index.html

Through its main character, former gangster and currently novice kindergarten teacher Kang Hyun-se, this drama criticizes the negative aspects of early child education, which prioritizes knowledge over character, and shows what children really need. It opens the possibility of alternative education by portraying how Hyun-se transforms from a hopeless gangster into a warm-hearted kindergarten teacher played by Kim Jae-won. The role of his colleague, Yoo Mi-rae, who keeps making mistakes, is played by Han Ji-min. Mi-rae’s ex-boyfriend, the ambitious Shi-wan, attempts to take over the kindergarten and hampers the two people from loving each other. Actress Lee Mi-sook portrays Ko Ah-ra, the director of the kindergarten who has her own philosophy about education and does her best to protect the kindergarten. She even stands up against powerful people who want to destroy the kindergarten to gain profits.

Kang Hyun-se:A former gangster, Hyun-se grew up witnessing his parents fight all the time, with his father one day leaving home for good. He has grown up into the exact opposite of what his mother wanted him to be. When he was a gangster, his mother died, leaving him her kindergarten. Hyun-se first acted as a kindergarten teacher with the ulterior motive to sell it one day, but ended up opening up his heart to children and falling in love with his colleague, Mi-rae. He joins forces with Mi-rae and Ko Ah-ra to protect the kindergarten from those trying to take it over.

Yoo Mi-rae:Mi-rae has little to boast about and keeps making mistakes, but she loves children more than anybody else. She always bickers with Hyun-se but feels happy seeing him take care of the children. Just when she finds herself attracted to Hyun-se, her ex-boyfriend, Shi-wan, shows up in a long while and throws things into confusion. She later learns that he approached her only to take over the kindergarten and decides to do her best to protect it from him.

Ko Ah-ra:This 39-year-old single woman is the director of the kindergarten. A realist, she has always catered to the desire of children’s parents to educate them rather than develop their character. She is only interested in children’s education and believes that education and grace are things to be proud of. She has a high self-esteem but transforms into a complete opposite when she is at home, wearing sweats. Brusque and cynical, Ah-ra is attracted to two guys, nutritionist Man-ho and romantic gangster So Dong-pa, who proactively tries to win her heart.

Choi Shi-wan:Good-looking, rich and well-educated, Shi-wan is the type many women dream of. He broke up with Mi-rae coldheartedly to go to study abroad, and was delighted to learn that she works for a kindergarten that he has to take over to gain recognition at work. He approaches Mi-rae merely to use her, but Hyun-se stands in his way. Seeing Mi-rae attracted to Hyun-se, he realizes how much he loved her, and does his utmost to get rid of Hyun-se.