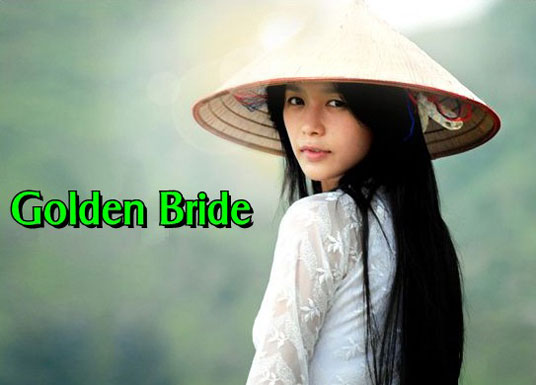 Jin Joo is a half Korean and Vietnamese girl who marries a Korean man, Kang Jun Woo, in order to come to Korea to look for her biological father who abandoned her. The drama is not only about her searching for her dad but also about the cultural differences between her and her husband's family. There is bad blood between the two families, Kim and Kang. The rivalry is even more fueled since Ji Young is still in love with her ex-boyfriend, Jun Woo, even though she is married to Young Min. Kang Sae Mi is Jun Woo's sister and Kim Young Soo is Young Min's younger brother. They want to get married but both families oppose their marriage which leads to the two young lovers living together and expecting a baby out of wedlock. Kang Won Mi is the thoughtless, old maid elder sister of Jun Woo.

Nguyen Jin Joo (Lee Young Ah) is half-Korean half-Vietnamese, working at a matchmaking service between Vietnam and South Korea, being the main translator. Raised near a temple where she was taught Korean, her father abandoned her family 20 years ago, although her mother still longs for his return. Jin Joo works hard to earn money for a cure for her mother's night blindness. However, the doctor reveals her condition to be irreversible. As her final wish, Jin Joo's mother asks to be able to see Jin Joo's father one last time before she goes blind. In an act of desperation, she convinces her clients, Jun Woo's mother Jung Han Sook and aunt Kang Koon Ja (Park Mi Sun), to take her to Korea as Jun Woo's bride in order to find her father. They both agree, finding her more suitable than the other brides. Jin Joo travels to Seoul, pretending to be Korean, and the two marry.

Though their relationship had begun with a mutual agreement that it was a fake marriage and that they would secretly live as friends (which meant not sharing the same bed), Jin Joo's genuine effort to support him touches Jun Woo's heart and they eventually fell in love. With her mother's illness worsening, Jun Woo quickly begins to help search for Jin Joo's father.

Kang Jun Woo (Song Chang Ui) met Ok Ji Young (Choi Yeo Jin) at Seoul University and they were engaged. However, after Ji Young goes to Chicago to study abroad, she abruptly breaks off their relationship, not telling him it was due to her mother's financial problems. Jun Woo shortly rushes to Chicago and has a violent encounter with her that resulted in Ji Young calling the police. They violently beat Jun Woo and lock him up in an American prison for three months. This severely traumatized Jun Woo, causing him to develop a serious heart condition and melancholia. In an attempt to improve his health, Jun Woo's mother flies to Vietnam in search of a wife.

Three years later, Ji Young marries Kim Young Min (Song Jong Ho). Although unaware of the family feud, Ji Young hides her past with Jun Woo, as well as her strained relationship with her wayward mother, whom she is ashamed of. This ultimately leads to the destruction of her marriage.

Though from the outside Ok Kyung and Sang Il's marriage seems happy, there is a damaging past. 22 years ago, Sang Il had abandoned his family to go overseas, not contacting them for 2 years. This led to Ok Kyung to fall into depression and started drinking. When he returned, they resume their marriage as if nothing happened, but Ok Kyung secretly dreads what might have happened during his absence.

Kang Sae Mi (Han Yeo Woon) is Jun Woo's younger sister who works as a model. By coincidence, she catches the eye of Kim Young Soo (Kim Hee Chul), younger brother of Young Min, at a club. Rejected on the basis of being told that he is a rich playboy, Young Soo goes through several changes in order to impress her, much to the amusement of his family. After getting a job as the security guard at Sae Mi's modeling agency, Young Soo attempts to woo her again, but it's when he discovers her ambition to become an actress, Sae Mi softens after he encourages her to audition at his father's company.

Their relationship finally blossoms after he helps her win a competition for a hotel gift card for Jin Joo and Jun Woo's honeymoon, although Young Soo had mistakenly thought it had been for them. Sae Mi and Young Soo remain oblivious to the family feud for most of the drama series, but when it is discovered, they are inevitably affected.

Kang Won Mi (Hong Eun Hee) is Jun Woo and Sae Mi's older sister, the eldest of the siblings. Though in her early 30s, she is unmarried and is often rejected at dating services. She works as a music teacher to children, teaching the violin. Heo Dong Gu (Kim Kyung Sik) is a law student who has for years tried to woo Sae Mi by becoming her driver, although he is repeatedly turned down. In an attempt to win her over, Dong Gu asks Won Mi to help, getting them both into strange and hilarious situations. After joining the military and keeping in contact with her only through letters, Dong Gu falls in love with Won Mi instead, although at this time Won Mi begins dating a dentist.