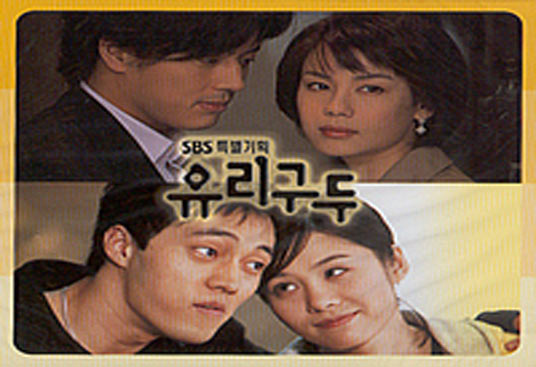 Kim Hyun Ju, who starred as Yoonhee, and Kim Ji Ho, who starred as Taehee, born into a one-parent family after their mother died giving birth to Yoonhui. Their father, who loves his daughters dearly, vowed not to marry again and struggled to raise them. Unfortunately, their father, already suffering from leukemia, was killed in a car-accident. The girls were left to fend for themselves but a series of events created by a bunch of gangsters separated the sisters for fifteen years, with Yoonhui growing up as Seon Woo and being abused by a family (Seung-hee especially) forced to adopt her because she was knocked down by their truck while Taehui, who spent fifteen years with her grandfather, becoming a successful entrepreneur. Cheol-woon would frequently stand up for Seon-woo, and once ransacked their house when Seon-woo was being abused. Seung-hee later pretended to be Yoon-hee in place of Seon-woo upon receiving a letter from Tae-hee who was searching for her sister. Seon-woo took refuge at Cheol-woon's house at this point in time.

An internal strife develops when Jae-hyuk decided to carry out his business vengeance plans against Tae-hee's grandfather, who had indirectly caused his grandfather's death as a child. Shortly after the sisters reunited, their grandfather was killed in a car accident and Cheol-woon was killed by gangsters who gave him several stab wounds when Yoon-hee was kidnapped by gangsters on their wedding day.

In the beginning of the drama, both sisters, Taehui and Yoonhui harbored feelings for Jae-hyuk. Jae-hyuk and Cheol-woon both have feelings feelings for Yoonhui, but Jae-hyuk is engaged to Taehui. Seung-hee has feelings for Cheol-woon, which makes her jealous of Yoonhui. She becomes even more jealous and spiteful of Yoonhui upon realizing that Yoonhui was the sister whom Taehui was searching for, as she grew up in a, what she believed, a poor home. Yoonhui marries to Cheol-woon in the end, realizing how great his affections for her were, that he died protecting her.