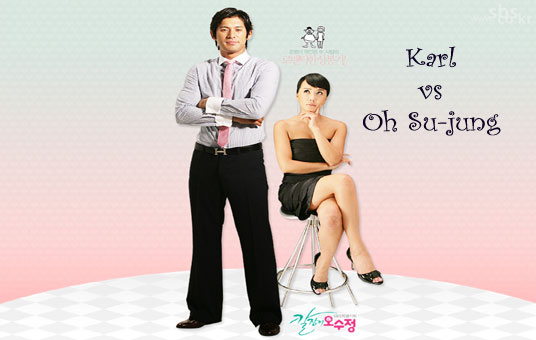 April 1, 1999 was the day of Man-soo's wedding and also the very same day when he'd hear the results of the last screening process of the bar exam. His bride is his high school sweetheart, who he relentlessly pursued for many years, indulging every whim of hers. In high school, Man-soo was on the varsity golf team but when Su-jung told him that she'd go out with him only if he got into Seoul National University Law School, he gave up his golfing dreams and studied hard to get admitted to SNU. He finally gained admittance to SNU and dated Su-jung... But his relationship with Su-jung was more like a master-servant relationship with him being the servant. 5 years later, Su-jung agreed to marry Man-soo.

On the day of his wedding, Man-soo learned that he failed to pass the bar exam but he consoled himself that it wasn't a big deal because he'd be marrying the girl of his dreams. But when Su-jung heard from Man-soo that he didn't pass the bar exam, she ran out of the wedding hall...

8 years later, Su-jung is still single at the age of 34 and works as a manager at the same jewelry store where she began her career. She is a boss who makes outrageous demands on her employees. She is especially upset about her circumstances because her two friends who weren't as pretty as her, married rich professionals and live in the lap of luxury. But what makes matters worse is that Young-ae, who used to be a part of her entourage, is now the owner of the jewelry store. Su-jung's friends advise her to marry any decent guy she can find, but her pride won't let her settle for anything less than Mr. Right. She dreams of being whisked off her feet by a man like Han Ki-ju, a character that appears in "Lovers in Paris," and unless she meets a guy as rich as him, she'll never get married. One day, she is reunited with Man-soo, who is now a top-ranked professional golfer on the U.S. PGA Tour...

In short, Go Man Soo is a world known golf player who was dumped by a former beauty queen, Oh Soo Jung, seven years ago. Their fate becomes reversed when Oh Soo Jung who is now known as an old maid comes chasing after Man Soo who is now a 'golden bachelor' with good looks and money.