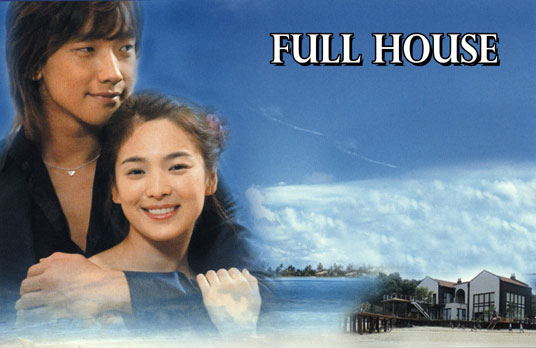 For KBS Wallpaper from this drama : http://www.kbs.co.kr/drama/full/art/paper/paper.html

For KBS Photo Gallery from this drama : http://www.kbs.co.kr/drama/full/art/photo/photo.html

This drama attempts to answer the question of whether two people - a famous actor and an ordinary woman -- can learn to love each other in a marriage agreed upon only on paper. It also explores the meaning of the family by presenting no matter how hard the present may seem, the world is still a good place because of those who bring hopes into our lives through their presence alone.

This drama features diverse characters: considerate, caring, frank, patient, sticking to the life’s basic values. But no matter how different the personalities, everyone finds happiness in the end.

Jee-eun is a cheerful, spirited and lively realist, who under no circumstances seems to be upset, but who is also very stubborn. She looks very sprightly on the surface, but deep inside she is easily hurt and introverted. She pretends to be smart and upbeat but in reality she is dull-witted and naïve. She becomes easily attached to things and people she likes, and at the most decisive moments she tends to become soft-hearted. While naïve and unsophisticated, she always speaks out when she considers something to be wrong, because she thinks that hiding things in your heart is foolish. Jee-eun is an Internet love story writer, whose nickname is “money-maker.” She also has a part-time job as she needs more money to maintain the Full House. She is a cute personage who firmly believes that money is the only thing lonely people, like she, can trust.

Young-jae is one of the best Asian stars. He does his utmost not to hurt other people and not to be hurt himself. Every movie he starred in became a blockbuster. He is stubborn when it comes to selecting which movies to star in, but he has received much acclaim for his talent. Although Young-jae always behaves and speaks as he wants, he does that only to protect himself from being hurt and to be careful not to hurt others. People think of him as a very candid person, but that is also Young-jae’s strategy to hide himself – or rather his failure to express himself to the fullest. As the one who is unaccustomed to being frank and open, Young-jae is bad at making friends and very proud of his ideals and principles.

Hye-won is the daughter of Doctor Lee's friend. She is a fashion designer, who designs Young-jae’s clothes. She has known Young-jae’s family since her childhood. Her entire life Hye-won has lived in abundance and had many choices. She looks like a fairy-tale princess: long, straight hair, mysterious smile, slim body plus good manners and a charming personality. She comes from a rich family, and is accustomed to being loved. She has never been rejected by anybody, and only feels content when everybody around her loves her. This self-respectful girl is also smart and realistic. She knows the harsh reality of life and is very prudent. She believes that happiness is an objective thing that can be achieved through negotiating.

Min-hyuk is a director of a large media company. He dreams of establishing Asia’s Walt Disney or Fox. This tenacious and smart guy is also respected and recognized for his skills. He is confident in earning trust from people. He has always been a winner, and is determined to remain one for the rest of his life. This good-looking guy possesses sophisticated manners and is very eloquent – a prince charming that any girl could ever dream of. Min-hyuk believes that life is too short to live it without fun. Although he looks to be light-minded, he is very affectionate inside. Unlike his seemingly unrestricted personality, he is very composed and prudent. He can’t stand losing and has a strong desire to win in everything, which probably explains his successful career.