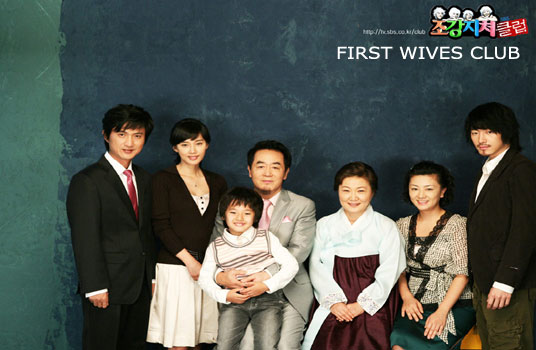 
Wives usually sacrifice their lives for the good of the family. However, a one sided sacrifice won't keep the relationship going forever... What is real happiness, love, and truth? This drama will try to answer this question through the characters in this story. When a couple of wives discover that their husband's hearts are with other women, they decide to form their own 1st Wives Club and take matters into their own hands!

Bok-soo (actress Kim Hye-sun) put her husband through medical school by earning a living as a fish seller but her husband does not feel grateful about it and looks down on her instead. She learns that her brother, who is married to her best friend Hwa-shin (actress Oh Hyun-gyung), is having an affair with another woman but she tries to cover it up. When she learns that her husband, Ki-jeok (actor Oh Dae-gyu) is having an affair with a former girlfriend, she finally empathizes with her friend's plight. Her mother, who had to endure an unhappy marriage due to a cheating husband, joins Bok-soo's and Hwa-shin's plan to get revenge on their unfaithful husbands.