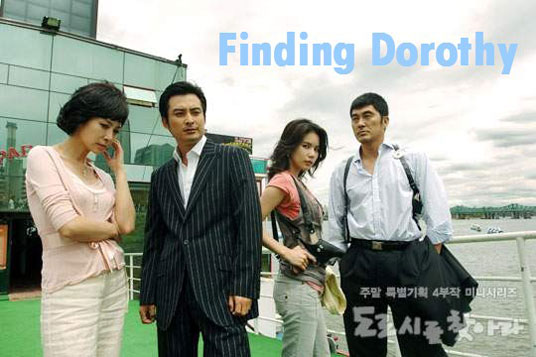 Ji-su and Hyeon-su's only daughter Su-ah, a trace of their past love, has also vanished.

Captain of a special kidnapping rescue squad, he is outstanding at solving intelligent crime cases. Still single despite his age, he is scared of unhappy marriage.He is not on good terms with his father, an ex-cop, who neglected him after his mother passed away when he was still young.He has lost one of his partners in the past due to his mistake.

A self-proclaimed brain of the Police Agency, she volunteers to join the special kidnapping rescue squad as Captain Park's bodyguard. She has had feelings for Captain Park for a long time.

Su-ah's dad and a five-o'clock news anchorman, his life's goal is to anchor the nine-o'clock news. He is going out with a fellow announcer and partner of his show, Mi-ran. To Su-ah, he is a heartless father who gives her nothing but material abundance.

Su-ah’s mom. Once a promising announcer, she is now a full-time housewife who has long lost her dream.Having been separated with Hyeon-su for almost a year, she is now dating a swimming coach who is younger than her.

The hot-tempered leader of the 1st Investigation Team. He hates Park Yong-su for having failed to protect his friend and a fellow cop in the past. He becomes furious after hearing the news that Park has been assigned to the special kidnapping rescue squad as its leader.

Also known as Dorothy, the girl goes missing on her birthday.