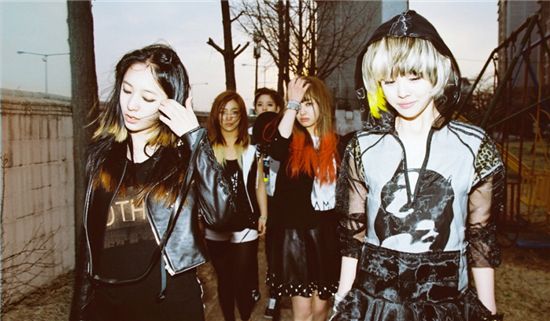 
Korean girl group f(x) recently topped a music chart in the Philippines, making it their first time to rank atop a chart overseas.

According to a report by 10Asia on Friday, the five-member female idol group took the No. 1 spot on the album chart of Filipino music retailer Astroplus during the week of June 14 to 20 with their latest single "NU ABO."

The girls had been successful at promoting the mini-album in Korea since its release on May 3 with the title track topping numerous music charts in the country.

While the girls have been a sensation in Korea since their debut in 2009 with single "LA chA TA," they had never sealed a No. 1 position overseas.