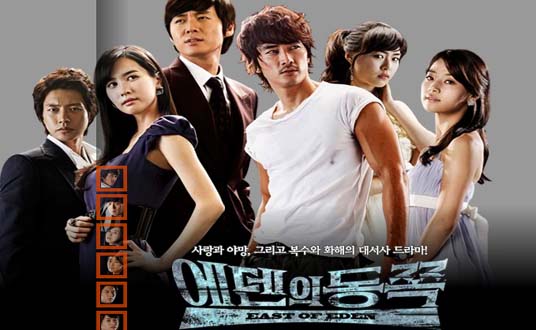 
The drama will be about two men whose fates are crossed from the very first day that they were born. Both men were born in the same hospital. When he was a teenager, Lee Dong Chul witnessed the death of his father. From then on he promised to seek revenge on the man who caused his father's death, Shin Tae Hwan.

But unbeknownst to everybody is the fact that Dong Chul's younger brother, Dong Wook, was switched at birth with Tae Hwan's son, Myung Hun. Dong Wook grows up to become a prosecutor and vows to help his brother seek revenge. But what happens when they find out that they're not brothers? What will Dong Chul do when he finds out that his real brother was raised by Shin Tae Hwan and that the brother that was beside him all these years is the son of his enemy?

Shin Tae-hwan is the managing director of a coal mine in Taebaek. As the true embodiment of ambition, he strives to become the inheritor of the coal mining company called the Taesung Group. In this process, he kills Lee Ki-chul, another miner who has been blocking his path to success. For his own selfish pleasure, he also seduces a nurse at Taebaek Hospital, only to coldly brush her away later.

Mi-ae is the nurse who has been betrayed by Shin Tae-hwan. In her rage, she comes up with a scheme to fulfill her own revenge. As if to jab a dagger into Shin Tae-hwan's heart, she switches the two babies born in the same hospital. By doing so, she viciously transforms the fates of the two lives.

He is a young stallion with a character of both storm and fire. He has always cursed and opposed Shin Tae-hwan who killed his father. Because of Shin Tae-hwan, he ends up in a juvenile facility at a young age and experiences the dark shadows of life. Despite this cold bitterness, nobody can shake the love and passion he holds in the depths of his soul. Later, Dong-chul becomes the right hand man of a casino mogul. He ascends as a member of the Asian mafia, and eventually comes face-to-face with Shin Tae-hwan. He loves his brother Dong-wook more than his own life, and because of this, he remains aloof from the woman he truly loves.

Although he is raised as the son of Lee Ki-chul, he is actually the direct bloodline of Shin Tae-hwan. Despite being the offspring of the rich Shin Tae-hwan, he is thrown into a world of hunger and poverty. Despite these challenges, he grows up to be a man with a beautiful, pure soul unlike his father, and he arises as a symbol of hope. However, due to Shin Tae-hwan's acts of violence of conspiracy, he loses his first love and falls on the brink of despair. Overcoming all obstacles, he later becomes a prosecutor, but his heart waivers after discovering the truth about his birth and who his real biological father really is.

She is the second daughter of President Min who owns the Daehan Daily, and she is the half-sister of Hye-rin. As a graduate and valedictorian of Seoul National University's Law School, she has always been considered an extremely bright girl. Although she loves Dong-wook with all her heart, she gives him up to steal the love of her sister. Dae-hae is a character that has two faces of a saint and a witch. She is next in line to manage the Daehan Daily, and towards the latter half of the drama, she reveals her political aspirations.

She is the childhood love of Dong-wook but is now the wife of Shin Myung-hoon. She was cursed and ousted by Yang Choon-hee, but she later returns to Yang's life as her daughter-in-law. Being highly competent in hotel management, she is supported by President Oh and Oh Yoon-hwee, and is fully acknowledged as a business executive of the Taesung Group. Her marriage to her husband is in shambles, and she is determined to walk a new path of fate.

He has grown up to be a fine young man under the love and guidance of his mother. However, under the negative influence of his father, Shin Tae-hwan, he is gradually transforming into a vicious businessman. He does all he can to hide the secret behind his birth, but he finds that it is impossible to evade his fate. He is a character that personifies the internal conflict and strife of the human psyche

She is the only daughter of President Kook. Although she loves Dong-chul dearly, she experiences four brushes with death to conquer his love.