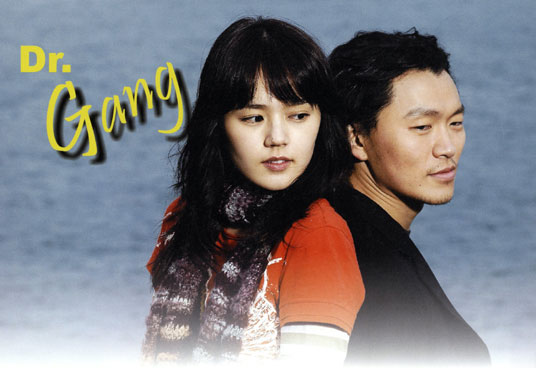 For MBC Wallpaper from this drama : http://imbc.com/broad/tv/drama/drkkang/wallpaper/

For MBC Photo Gallery from this drama : http://imbc.com/broad/tv/drama/drkkang/photo/

Thinking it over millions of times. Should I love you?

Suspense of a chase, an escape, and a comedy.Kang Dal-go; a man hunted by gang members,trying to stay alive.

A story that warms up your heart.This outcast turns into a quack. The disclosure will bring his death,yet this phony doctor never keeps quiet inside the hospital.

Intense love drama!Kim Yoo-nah, an outrageous 'princess' who cannot tolerate a phony.She tries to reveal his identity but her emotions get in the way.

He is a middle school dropout, in other words a hooligan.Uneducated Dal-go has nothing to lose and only believes in himself to make his way in the world. He trusts his luck and instinct.He must stay alive for good fortune is bound to turn in his favor. He must use his head to do so. He indulges in petty tricks to. The problem lies when his simple and childish impudence turns out to be too obvious. He even has the reputation of being a silly mug.He manages the gang's finance because his 'honesty' earned him the confidence of his gang members. The only person that 'honest' Dal-go deceives is his mother, who doesn't know that her only son, Dal-go, is a gangster.She thinks he is an administrator working for the government at Kim-mahn Pier. To Dal-go, his mother is the dearest person in the world. One day, Dal-go takes a road that he can never come back from because of his mother's mistake.After being imprisoned for taking responsibility for the gang's crime he gets an offer from the government to disclose the gang's lineage table in exchange for his lifetime security and freedom. When Dal-go accepts the offer, his life makes a complete turn that puts him in danger with no place to hide.The fugitive runs away to Seoul.He must hide his identity and past.One lie follows another; it cannot get any worse.He is determined to start a new life no matter what it takes. A pack of lies leads Dal-go to an extremely awkward situation. Unexpectedly, Dal-go plays a phony doctor and senses that someone is keeping an eye on him.Dal-go fears the real doctor, Yoo-nah, who calls him an idiot.

She is not afraid of speaking her mind. She is an outrageous 'princess.'She never keeps her mouth shut, yet she only says what is right. Moreover, she calmly speaks of her unquestionable beauty, insisting that she has a very objective view about it but condones the ones who are not affectionate. She enters medical college to prove that beauty doesn’t last long, but ability does. Growing up under the influence of a family motto: righteousness, she unintentionally takes the roll of a whistle-blower at every hospital she works in. Consequently, she has become a loner in the local medical community. On the day she got kicked out of the hospital, she encountered a tremendous ordeal. Her righteous older brother, the head of the family, is killed by crooks.After moving to Seoul, she starts work at a shabby hospital where she meets a quack, Dal-go. They get off to a bad start and keep on wrangling with each other. Still something is not right. Am I falling for a guy like that? Was I that lonely? It frightens me. I cannot trust his words, past, and future. He must be a complete fool. Dr. Gang?While Dal-go brings comfort to her bruised heart, Hee-jung comes into the picture.

He is an ambitious prosecutor determined to round up Hwe-kal gang members.His mother was a gisaeng, and he was born at a gisaeng house in Seoul. He endeavors to succeed in the field of law and falls for Yoo-nah, the family member of a victim. He toys with Dal-go, his rival, to conquer his love. It is not about climbing up the social ladder anymore. In the beginning, he didn't expect it to be so difficult because he had higher status. Showing off his social power was not everything. Yoo-nah is a logical person rather than an emotional one.He is frustrated because the Compendium of Laws doesn't say anything about how to love and how to be loved.Dal-go keeps getting on his nerve. That worthless gangster is making Yoo-nah laugh. How dare him…A serious grudge is running through Hee-jung, he wants to destroy Dal-go even if it means losing Yoo-nah. Yet Dal-go is not worthwhile; he is definitely out of his league. He does not want to lose the battle; moreover, competing against Dal-go itself is a shame. Hee-jung tries to reveal Dal-go's identity to Yoo-nah. She must be the one to know. Yet she does not even flinch. She has been aware of it all along. It was not until then that he felt her true love. Hee-jung looks the world differently, but certain characteristics do not change so easily.

Dal-go's innocent mother believes every word of her son. She never even doubted a stranger when he told her that her son is off on a business trip abroad after buying her a house in Seoul. She followed the stranger to Seoul and opened a Sujebee (Korean wheat flake soup) restaurant waiting for her son. Her Sujebee not only satisfies people’s stomachs but also moves their hearts, and it is mouth-watering enough to attract high government officials. She believes in her son, people, and the world.

He is the boss of the Hwe-kal gang and the primary power of all the Busan area mobs.He has led the gang with his clever wit. His gang needs more manpower to fulfill his ambition. When he mistakenly causes the death of Detective Kim, he sends insignificant Dal-go to pay for his crime. Dal-go stabs him with a dagger in the back, however. It's betrayal. A discrete order from the boss is passed down inside the cell. Eliminate Dal-go.

He is the brutal 'special' left hand of Song Gwang-ho.He is so 'special' that he survived from the prosecutor's 'Hwe-Kal gang wholesale arrest' mission.He rallies the gang members, struggles for his boss' early release, deals drugs through the back door, and embezzles the gang’s fund.

She is both Yoo-nah's high school classmate and sister-in-law.Her husband, Detective Kim, is killed by a gang member, and she bears his child posthumously. Gangsters, of which Dal-go used to be a member, conned all of her husband's government compensation money. When she was so desperate, Dal-go's mother’s delicious Sujebee saved her life. An everyday affair turns out miraculous and exciting.

He is Yoo-nah's younger brother, a worker at Kim-mahn Pier.When the family all leaves for Seoul, he stays in Busan to take care of his brother's grave and to catch the criminal responsible for it.