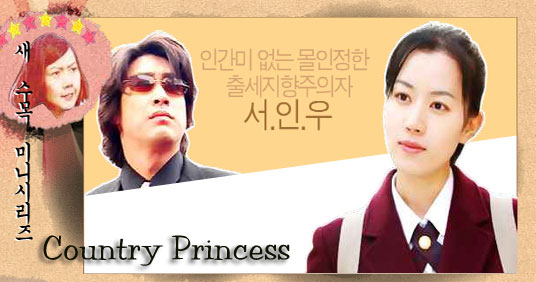 Bae Doo-na will play a young brave woman going through many ups and downs in a new MBC TV series 'A Confident Girl' (aired 9:55 p.m. every Wednesday and Thursday). The series will start to be aired on March 12 following 'Snow Man.' It will be her comeback to TV screen in two and a half years since MBC weekend drama 'With Mother and Sister.'

It is a comic drama that has every new latest trends - a secret of noble birth, a good girl and a bad girl, a 'Cinderella' story, an animation-like storyline from the 1980s, exaggerated actions and computer graphics.

Bae is a teen star that has caught the eyes of young people with a neutral image instead of a cute and pretty face. Then, she has played characteristic roles as outsiders in the society in such movies as 'the Ring (in which she played a ghost),' 'the Dog in Flanders (an accounting clerk in an apartment management office),' 'Youth (an outgoing nurse),' 'Take Care of My Cat (a vocational high school graduate)' and 'Revenge is Mine (a bad girl plotting a kidnapping).'

She has gained recognition by playing such unique roles impressively. Yet, her movies most times were not box office hits. She has been carrying an image of a cult actress. And now Bae says she likes the new series because it is completely commercial.

In 'A Confident Girl,' she offers a package of every role she has played. Eun-hee gives birth to her child without her husband, who ran off before the wedding ceremony. She is not depressed at all, however. Carrying her baby on her back, she asks a man she likes for a date and later she becomes a businesswoman by taking over the company for which she worked as an accounting clerk. She runs after a bus with her baby on her back, jumps around in the air and brushes her hair with a big comb looking into the bus window.

"There was a scene that I have this big runny nose as I runs fast. We used computer graphics but it was still embarrassing. People say that I get more beautiful and funnier as I messes up more."

She unveiled that she was seeing actor Shin Ha-kyun. Yet, she is "not interested in getting married at all." "I did not want to hide it, not that I was going to get married. I will keep opening up my dates."