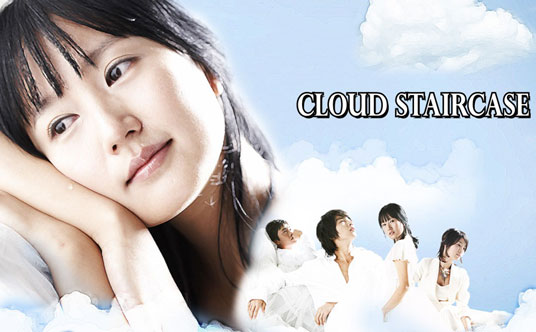 For KBS Wallpaper from this drama : http://www.kbs.co.kr/drama/cloud/report/paper/index.html

For KBS Photo Gallery from this drama : http://www.kbs.co.kr/drama/cloud/report/photo/index.html


The main character of the story is Jong-soo, who has no other choice but to give up going to medical school due to financial difficulties. He leaves for a remote island without telling anyone his whereabouts. On the island, he meets a doctor who teaches him medical techniques, and begins to treat patients without a license. One day Jong-soo rescues a dying woman by mere chance and is mistaken for a talented doctor. But things get messed up as he continues to meet with that woman, as one misunderstanding spawns another. He ends up falling in love with her, and gradually finds himself addicted to love. To protect his feelings, Jong-soo keeps lying about his educational background and tries to escape from his past. But when he reaches the pinnacle of his “success,” he realizes that everything he has done so far was in vain. His love turns into poison and ruins his life.

Choi Jong-soo - Caring and passionate, Jong-soo is also smart, warmhearted and willing to help others anytime. He spent his difficult childhood in an orphanage after his mother remarried. He gives up going to college because he cannot afford to pay for it, and leaves for a remote island. On the island, he meets a doctor and gets a job at a local hospital.

Yoon Jung-won - The only child in her family, Jung-won is in charge of public relations of a hospital owned by her family. Free-spirited and outgoing, she is confident that she can have anything she wants. Her last wish is to find the man of her dreams and make him completely hers. She understands that she has to marry Kim Do-hyun according to her family’s wish, but she has never regarded him more than a big brother. One day she meets Jong-soo when she visits his hospital to promote her family’s hospital.

Lee Yun-hee - Ever since Yun-hee met Jong-soo at the orphanage, she has regarded him her best friend, father, brother and lover. She loses contact with him after he disappears, but continues to wait for him. When he finally returns, he is not the Jong-soo she used to know. There is only one woman in his heart -- Jung-won.

Kim Do-hyun - Smart and coming from a high-profile family, Do-hyun is a surgeon. His family owns a pharmaceutical company and wants him to marry Jung-won, whom he has always loved.