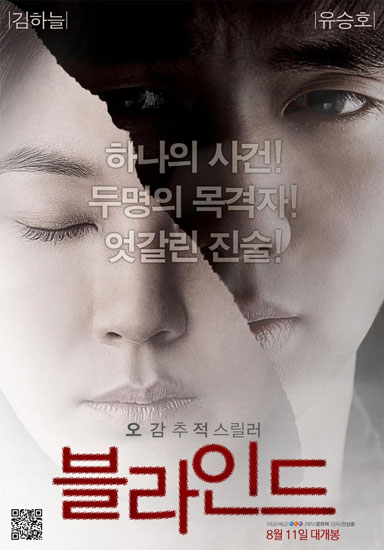 A female university student goes missing one day and later is discovered as a victim of a hit-and-run. Assuming the kidnapper and the driver are the same person, police begin investigating the case and find two witnesses who were at the scene: Soo-ah, a visually impaired woman who was once a very promising student at a national police university, and Gi-seob, a young man who happened to see the hit-and-run. The case becomes even more complicated as the two witnesses tell different stories about the accident.