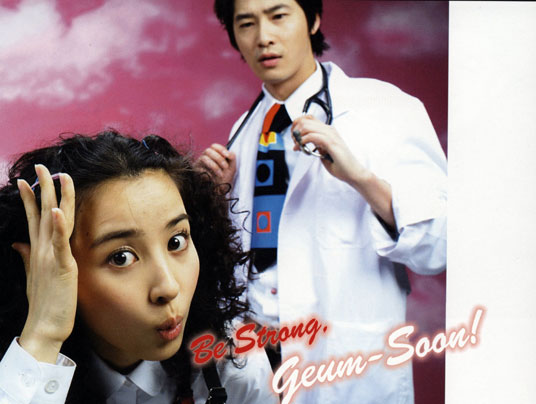 This is a story of a young widow, Geum-Soon, who never becomes discouraged or blames other people - no matter what happens in her life. The viewers will get both hope and comfort by watching her do her best in everything she does.It is also a story of a family who loves and takes care of each other. You can always turn to your family and their love gives you the hope to get through the tough times. Sometimes, they seem to make your life more difficult, but they will always stand up for you and love you whatever you do.

Her father died and her mother left when she was young. She was raised by her grandmother. She was a mature and thoughtful child. Even when she was lonely and sad, she pretended that everything was fine because she didn't want to worry her grandmother. Her dream is to become a hairdresser and then create a total beauty line like Vidal Sasson or Babilyss, with her name on it. However, she had to postpone her dream when she got pregnant and married Jeong-wan. Her husband was a college student and her parents were reluctant to have her as their daughter-in-law. One day, her husband died in an accident. She gave a birth to a boy after her husband died. She decided to raise her child by herself, just as her grandmother raised her.

She's Geum-Soon's cousin. She's always quiet and does what she's supposed to do. She went to college to become a teacher like her mother has always wanted, but she doesn't want to be a teacher at all. She secretly takes acting classes, and meanwhile pretends to be a perfect daughter at home. She likes Tae-Wan. In fact, she might want to be an actor just because she wants to be closer to him. Later, both her family and his find out about their relationship, and her mother closely watches her every move. Since she can't see Tae-wan any more, her feelings towards him get even stronger.

He's a good-looking and skilled surgeon. He seems to have it all. He's the nicest man to his patients, but to others he comes across as very arrogant. He's very competitive. Every time he runs into Geum-Soon, there is a problem. After feeling guilty about breaking Geum-Soon's scooter, he helps her get a job in a beauty shop. The more he gets to know Geum-Soon, the more he likes her. She's far from the type of woman he's been looking for, but he's slowly falling for her. However, after he learns that she's a widow with a child, he tries to keep his distance. Later, he realizes that he truly loves her just the way she is and decides to embrace her painful past.

He's very good-looking. He dreams of becoming a famous model one day. He never forgets to work out in the fitness club, and buys himself nice clothes even though he doesn't have money for food. He doesn't make any money for the moment. He doesn't mean to cause trouble in the family, but he always does. He's not sure if it's out of pity or love, but he cares for Geum-Soon. However, he just stands by her and quietly helps her out. He often visits Geum-Soon at her work, so some people think he's her boyfriend. Later, he falls for Eun-Ju who is the manager of the beauty shop where Geum-Soon is working. A beautiful woman with money like Eun-ju is his exact type.