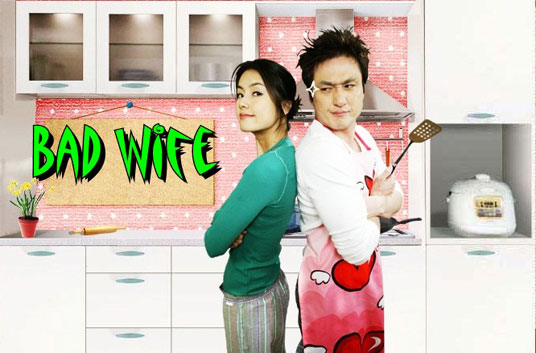 The story is about Su-han, a fatherly man in his mid-thirties, who becomes a full-time home manager after voluntary retirement, while his wife Mi-na becomes the breadwinner who had only concentrated on household chores up until then.

The subject of 'Bad Wife' is quite ordinary compared to other dramas. There is no amnesia nor is there an innocent child who contracts a fatal disease like other Korean dramas in the same time-slot. The changing roles of a husband and wife are not such an extraordinary or an unusual subject for a TV drama. However, in such a banal setting, the drama succeeds in bringing out a variety of entertaining situations. By changing roles with each other, the married couple comes to face a new environment and, due to the new environment, they face changes through understanding and conflict. The drama realistically describes the process of such change, by providing a few details of some ordinary lives.