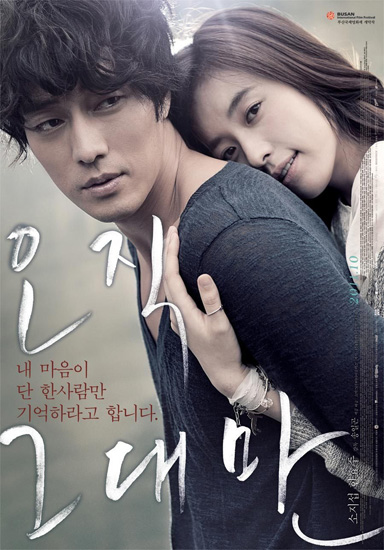 A fatal love story centered on ex-boxer Chul-min (So Ji-sub) and telemarketer Jung-hwa (Han Hyo-joo). He has closed his heart to the world and she remains spirited despite slowly losing her vision. Eliminating the so-called silent style of long shots and long takes and appealing to soul and spirit, this could be deemed Song Il-gon's declaration of transformation from an auteur director to a popular director. Those who were mesmerized by Song's "Flower Island" and "The Magicians" may be somewhat disappointed. As suggested by the trite title, the movie is full of old cliches. But what makes it extraordinary despite its cliches is the director's characteristic unconventional directing style and dramatic twists in detail that reveals moderation and omission. [Always] takes small steps towards the climax without excessive use of words and action. Chul-min's climactic scene trumps the explosiveness of "Rough Cut". The director also adds class to the film through the remarkable visuals and sound design, sensuous but not superficial. As a result, this film is distinct from overwhelmingly common melodramas and successfully emerges as an 'uncommon common' drama. So Ji-sub and Han Hyo-joo are perfect in their roles. The commercial expression as 'So-joo couple' is no exaggeration.